Lloyd Woodham from the Space Plasma Physics Group was one of five award winners at the Solar, Heliospheric & Interplanetary Environment (SHINE) Conference for his outstanding poster contribution 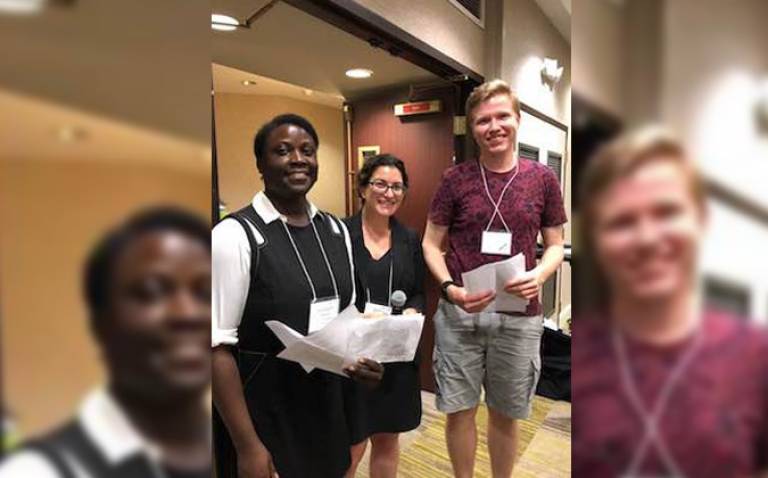 The SHINE meeting, held in Cocoa Beach, Florida, focussed on the upcoming science goals and questions that may be answered from the Parker Solar Probe mission launched just a few days ago.

Scientists have never directly sampled the plasma in the solar corona. However, with Parker Solar Probe and the upcoming Solar Orbiter mission, space physicists aim to explore the coupling between the solar atmosphere and the heliosphere. One of the outstanding problems is why is the corona so much hotter than the Sun’s surface and how this is linked to the acceleration of the solar wind.

At the conference Lloyd presented a poster showcasing his recent work using solar wind data to explore possible mechanisms for the dissipation of fluctuations in the plasma that lead to the heating of protons. Understanding these phenomena in the solar wind can give an insight into the possible mechanisms for heating the coronal plasma in preparation for data from Parker Solar Probe and Solar Orbiter missions.