Congratulations to Prof. Lucie Green who was awarded the IoP's 2017 Lise Meitner Medal and Prize for distinguished contributions to public outreach 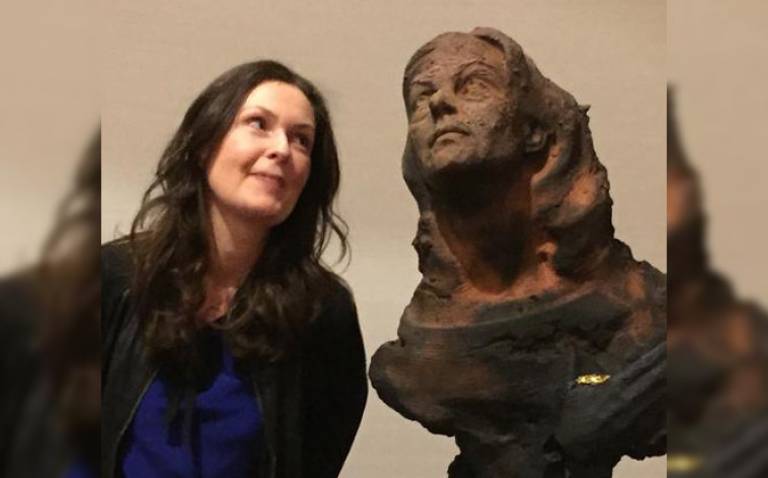 Professor Lucie Green is an enthusiastic, passionate and highly successful science communicator. Her main academic work is in solar physics, for which she has an excellent reputation, and she is having a growing impact in the area of space weather – an important field that is high on the UK risk register. In this area she recently authored a report with the finance sector on resiliency.

In the outreach arena, Green is a highly engaging speaker, as shown by her many public talks, for example at Astrofest, New Scientist Live, a Tate sunrise walk, and by her science festival appearances, including at Cheltenham, British Science and Hay festivals. She has also developed a substantial presence in the media, with frequent interviews and appearances in all areas from local radio, through science-related radio and TV appearances and more general programmes such as C4 Sunday Brunch, to working as a presenter for the Sky at Night, Stargazing Live and other programmes on TV and radio, up to political debates including R4 Any Questions.

Another innovative outreach area has been her collaboration with the arts – notably the Laboratorio project, which she instigated with poet Simon Barraclough, and an evening of satellite stories for the public, based on the reminiscences of Mullard Space Science Laboratory staff, collated with collaborator Joanna Griffin. She has taken her passion for solar physics to a new level with the publication of her popular science book 15 Million Degrees: A Journey to the Centre of the Sun, which received excellent reviews in the Guardian and Financial Times.

In addition to her academic and outreach work, Green is on the advisory board for the Science Museum, is a governor of the UCL Academy and is chief stargazer at the Society for Popular Astronomy. She encourages colleagues and students to become involved in outreach including via organisation of open days and innovative events, as well as directly and via media such as Twitter.