Luke Pratley from the UCL Mullard Space Science Laboratory (MSSL) has been awarded £10,000 from STFC to visit CSIRO and ICARA (Curtin University) 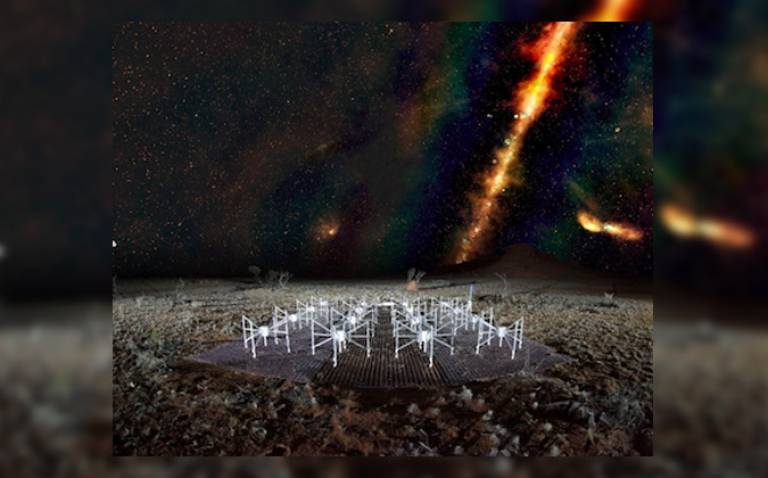 Luke Pratley from the UCL Mullard Space Science Laboratory (MSSL) has been awarded £10,000 from STFC to visit CSIRO and ICARA (Curtin University) in Perth, Australia, to apply new data science techniques from the framework of compressive sensing for imaging observations made by the Murchison Wide-Field Array (MWA) – a radio telescope attempting to detect the first stars forming in the Universe. New imaging algorithms that have been developed at UCL by Luke Pratley and Jason McEwen have been shown to work very well on real observations from existing radio interferometric telescopes, including the VLA and ATCA.  In collaboration with UCL’s Research Software Development Group these algorithms have  been distributed and multi-threaded, so they can cope with the large data rates from the MWA. This will pave the way for applying new data science techniques for the Square Kilometre Array (SKA), which will be the world’s largest radio telescope, with higher resolution and sensitivity than ever before.

The SKA organization is an international collaboration between governments and institutions around the world, including the UK and Australia. In particular, STFC and CSIRO are both involved in SKA research and development. Luke’s visit to CSIRO and ICARA (Curtin University) will provide an opportunity to develop closer collaboration between the UK and Australia, and in particular CSIRO and ICARA with UCL’s Centre of Doctoral Training (CDT) in Data Intensive Science. This collaboration will  support the implementation of new data science techniques in radio astronomy to address critical challenges in scaling radio interferometric imaging to the emerging big-data era of radio astronomy.