The first mission of the ESA-Russia ExoMars programme began its journey to Mars from the Baikonur cosmodrome with UCL-MSSL and UCL's Centre for Planetary Sciences (CPS) playing key roles. 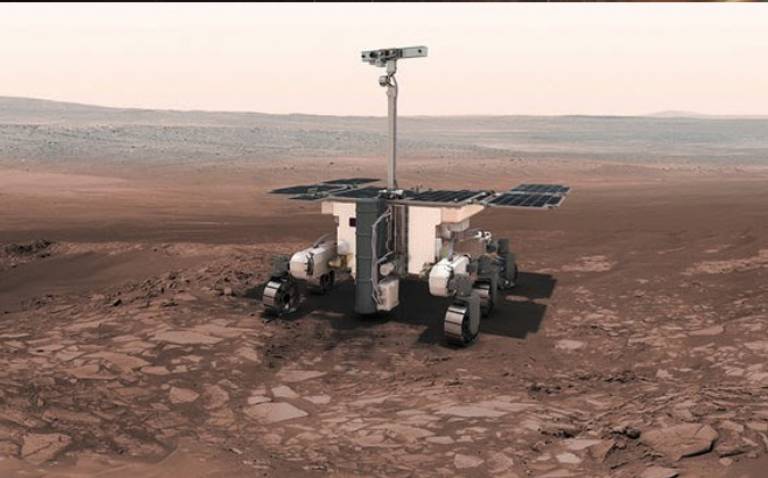 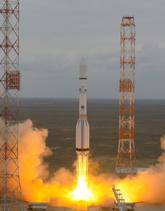 On 14 March, the first mission of the ESA-Russia ExoMars programme began its journey to Mars from the Baikonur cosmodrome. Soaring over the steppes of Kazakhstan, the Proton rocket and Briz upper stage both performed flawlessly, putting the first of the two ExoMars missions on course for Mars with arrival in October 2016. This opens a new era of European-Russian Mars exploration – with UCL-MSSL and UCL's Centre for Planetary Sciences (CPS) playing key roles.

The 2016 mission includes three elements – the Trace Gas Orbiter (TGO), the Schiaparelli lander and a data relay for the 2018 rover. Prof Andrew Coates, Principal Investigator for PanCam on the ExoMars rover, says the atmosphere at ESOC, Darmstadt was electric during the launch. ‘We all knew that this was make or break for Europe’s ExoMars programme – and following the rounds of media interviews in advance and on the day, later that night it was finally confirmed that 2016 had separated from the Briz and was on the way safely. ExoMars – finally from our dreams to reality!’ 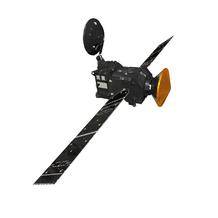 The scientific objectives of the TGO are to follow up on one of the most tantalising discoveries at Mars in recent years, from ESA’s Mars Express in 2004 – the observation, confirming telescope observations, of methane in the Martian atmosphere.

Methane should not be present at Mars as it breaks up quickly in sunlight with a maximum lifetime of a few hundred years. The fact that it is observed, albeit at ‘trace gas’ levels of a few parts per billion, means that there must be a source of methane at Mars now. This could either be signs of geothermal activity, or perhaps even signs of life. In either case, this revolutionises our knowledge of Mars, which we thought about as a ‘dead, red planet’, and in the latter case it could be remarkable evidence of the first life beyond Earth.

Recently, the Curiosity rover on the Martian surface detected variable trace levels of methane in 2014, adding to the earlier evidence and providing further topicality for TGO science. The TGO has four instruments – NOMAD and ACS which will map methane, CASSIS to provide stereo imagery for context, and FREND to detect subsurface hydrogen using neutrons – a proxy for sub-surface water ice. Together, the payload will study the seasonal and surface variability, relating methane particularly to subsurface water, to provide further information on its origin.

UCL-MSSL, under contract, built the detector electronics for the ultraviolet channel of the methane-hunting NOMAD instrument. Science data collection is expected to start in December 2017 after a long aerobraking phase to achieve the final 400km circular Mars orbit. 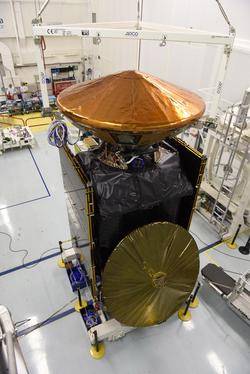 Mars Express has performed flawlessly since arriving at Mars in 2003, with a number of orbiter instruments. UCL-MSSL is co-investigator on the ASPERA-3 and HRSC instruments. We have led and helped with a number of studies of atmospheric escape and surface features using these. But the lander Beagle 2 unfortunately sent back no data from the MSSL-led Stereo Camera System and was unfortunately unable to advance Martian surface studies. However in January 2015 high resolution images from the Martian surface from the HiRise instrument on Mars Reconnaisance Orbiter showed not only the backshell and parachutes from Beagle but also that the lander had unfurled 3 of its 4 solar panels – tantalisingly close to working as the transmitter was under the fourth. This was great news, and may mean that UCL’s first panoramic mage from the Martian surface is on Mars now using the pop-up mirror on Beagle 2. Almost a full success.

So the idea of Schiaparelli is for Europe to fully successfully land on Mars and transmit data from the surface. The AMELIA instrument will send back information about deceleration in the upper atmosphere, and DREAMS will tell us about weather conditions, and interestingly charged dust, at the surface. The lander is battery operated so will last only a few days, but the main idea is to demonstrate a European landing capability with future sample return, or even human, missions in mind. Schiaparelli will land at the end of the Mars global dust storm season – a big engineering challenge; if Europe can land safely then, future Mars missions should all be possible!

Following the planned separation of Schiaparelli from TGO on 16 October the landing is planned for 19 October – the same day TGO enters Martian orbit with an initial elliptical orbit.

The jewel of the ExoMars programme is the rover, which will be deployed to the surface using European-Russian technology, involving retro-rockets and an instrumented landed platform. The rover has a strong UK involvement, including:

· Industrial lead for the rover itself (Airbus, Stevenage)

The search for life on Mars, or anywhere else in the Universe, is one of the key targets of current space exploration. As well as Mars, Jupiter’s moon Europa and Saturn’s moon Enceladus are all prime solar system locations where the four ingredients for life are either there now or have been in the past: liquid water, the right chemistry, a source of energy and enough time for life to develop. The ExoMars mission is following this up at Mars, with JUICE and the Europa mission at Europa and Ganymede, and Cassini and future missions at Enceladus and Titan. UCL-MSSL and CPS are involved in many of these missions.

3.8 billion years ago, Mars was a very different place to the harsh dry desert it seems to be now. There is evidence for water on the surface, a thick atmosphere, a protective magnetic field and volcanism. This is why scientists are excited by the prospect of life starting there at that time – the same time the earliest life was starting on Earth. ExoMars will continue the search for past, or even present, Martian life.

Although there have been several rover missions to Mars, culminating with NASA’s impressive Curiosity rover, the ExoMars rover has a really important new niche for Europe and Russia. It will drill underneath the surface of Mars up to 2m for the first time to search for signs of life. The surface of Mars is inhospitable – with an oxidising, CO2-rich atmosphere and high levels of solar UV and solar and galactic cosmic radiation. This is due to the currently thin (1% of Earth’s atmospheric pressure) Martian atmosphere, stripped by the solar wind over 3.8 billion years since the Martian magnetic field was lost. The search for life is on – and calculations we made in the CPS in 2007 (Lewis Dartnell, with John Ward and Andrew Coates) helped to show that sampling a metre or two below the surface is key. Drilling mm under the surface shields from the UV, a metre is needed to really get below the oxidants, and at least 1.5-2m to shield most of the cosmic radiation. The ExoMars drill at 2m is will be 40 times deeper than previous attempts (Curiosity, for example, can drill 5cm).

The rover payload includes a suite of context instruments as well as analytical instruments to examine the subsurface samples.

The UCL-MSSL led PanCam includes two wide angle cameras and a high resolution camera. The wide angle cameras provide 3D terrain models as well as spectral information from an 11-position filter wheel on each ‘eye’, while the high resolution camera provides rock texture. Together PanCam has a range of science objectives including mineralogy and atmospheric science, providing scientific context for the mission. As much science as possible has been packed into the PanCam instrument, including filter selection work done in CPS by ex-UCL PhD student Claire Cousins, to optimise PanCam for water-rich minerals. The UK-led PanCam team is international with strong contributions from Germany, Switzerland, Austria and Wales, with an even more international science team.

The other context instruments are WISDOM (sub-surface sounding radar to look for water ice and outcrops), CLUPI (close-up imager to look at the drill tailings – supplementing PanCam imaging), ADRON (neutron instrument to look for subsurface hydrogen – proxy for ice) and Ma-MISS (imager in the drill bit for subsurface geology context)

The analytical instruments to examine the samples are MicrOmega (IR - mineralogy), RLS (Raman Laser Spectrometer – mineralogy and fluorescence) and MOMA – Mars Organics Mass Analyser. This instrument can search for biosignatures, including chirality.

The payload team is highly integrated, with data from each instrument playing an important role. The science results from the ExoMars missions have the potential to answer one of the most important questions for science and for humanity: are we alone in the Universe? 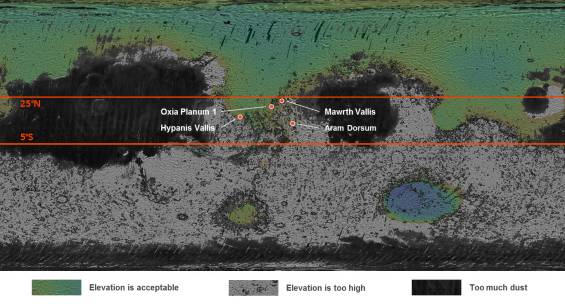 A number of CPS scientists have been active in landing site selection, including Peter Grindrod, Peter Muller and others. At a meeting in October 2015 this was narrowed down to a few sites – Oxia Planum for the 2018 and 2020 opportunities, and Mawrth Valles and Aram Dorsum which would also be possible if there were a delay to 2020.

UCL and CPS PanCam students – preparing for PanCam and ExoMars

In all, ExoMars will represent a real bonanza for planetary science at UCL and the CPS, working closely with UK, European and Russian colleagues. We can’t wait!