Scientists have found the first direct evidence for explosive releases of energy in Saturn's magnetic bubble using data from the Cassini spacecraft. 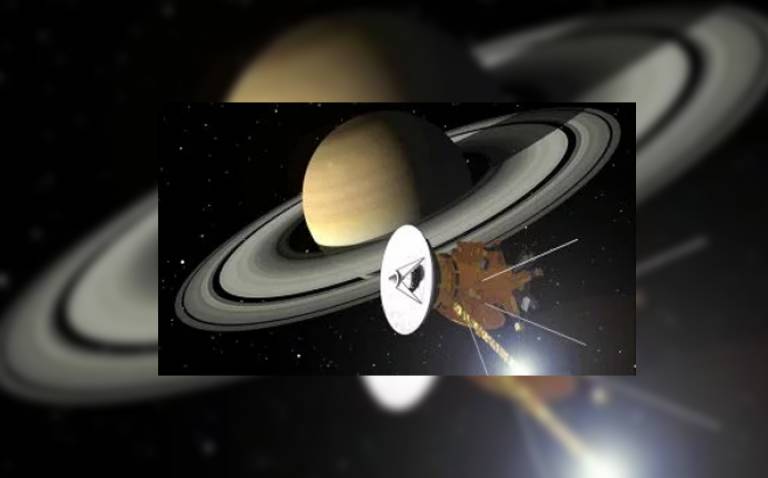 Scientists have found the first direct evidence for explosive releases of energy in Saturn's magnetic bubble using data from the Cassini spacecraft, a joint mission between NASA, the European Space Agency, and the Italian Space Agency. The research is reported in the journal Nature Physics.

These “explosions” are produced in a process known as magnetic reconnection, something well studied at Earth and is an important part of Space Weather, involved in energising the radiation belts and producing displays of the Northern lights.

Space Physicists led by Lancaster University used data to show that Cassini had passed through the region at Saturn where magnetic reconnection was occurring, which has never before been observed.

One of the mysteries this gives us clues to answering is how Saturn’s magnetic bubble, known as its magnetosphere, gets rid of gas from Saturn’s tiny icy moon Enceladus. Through jets at its south pole, this tiny 500 km-sized moon ejects around 100 kg of water into space every second.

Dr Chris Arridge, lead author of the study, said: “Water from the Enceladus plume is trapped in Saturn’s magnetosphere. We know it can’t just stay there for ever and until now we have not been able to work out how it has been ejected from the magnetosphere.”

Previous work has suggested that magnetic reconnection cannot allow enough plasma to escape from the magnetosphere. The results show that this is indeed possible.

These results are also important for understanding Jupiter’s magnetosphere, where similar processes occur, and may also be relevant for astrophysical systems, such as rapidly spinning neutron stars.

The observations are from the Cassini Plasma Spectrometer (CAPS) and MAGnetometer instruments on Cassini. The CAPS electron spectrometer, built at UCL-MSSL, provides some of the key data used in the study.

Prof Andrew Coates of UCL-MSSL, a co-author on the paper and lead of the electron spectrometer, said ‘It’s great to resolve the mystery of how water from the Enceladus plumes can escape the Saturn system. The hot electrons and accelerated ion beams seen by CAPS, with the magnetic field structure from MAG, provide evidence that magnetic reconnection is the key process here’.