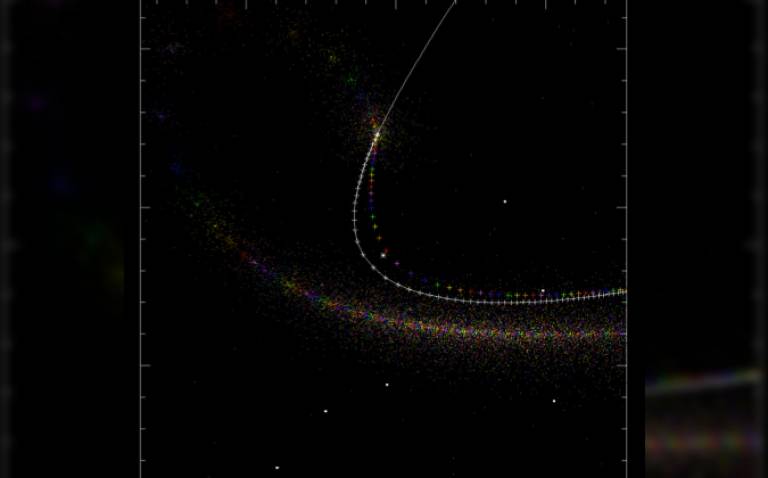 The Sodium Tail of Comet ISON

Model prediction showing the expected position of atoms in the sodium tail of Comet ISON as viewed by SOHO/LASCO. The white lines and crosses indicate the apparent trajectory of the comet in the SOHO/LASCO field of view with the coloured crosses giving an indication of where the various sodium atoms were produced. The Sun is in the centre of the plot and you can see some bright stars in the background. This model is useful in understanding where and how observations of sodium at comet ISON should be taken