For International Women's Day we wanted to find out more about the incredible women working in the Department. 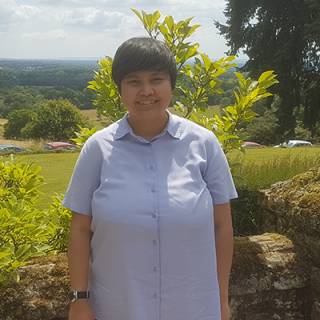 I study how and why Jupiter’s northern and southern lights emit bright X-rays by using data from XMM-Newton, the Juno spacecraft, and other space-based observatories. I also give a lot of public talks to get people interested in science.

I feel very lucky to be one of a very small number of people in the world who study Jupiter’s X-ray northern and southern lights. Knowing that I’m the first person to see the data and witness something that no one has ever seen Jupiter do before is very cool! 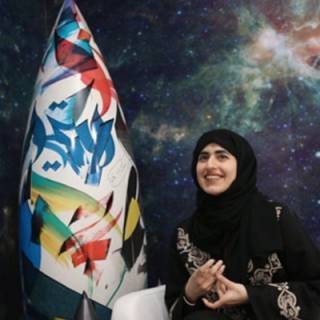 ​​​​​“All men have stars, but they are not the same things for different people. For some, who are travelers, the stars are guides. For others they are no more than little lights in the sky. For others, who are scholars, they are problems... But all these stars are silent. You- You alone will have stars as no one else has them... In one of the stars I shall be living. In one of them I shall be laughing. And so it will be as if all the stars will be laughing when you look at the sky at night.” ― Antoine de Saint-Exupéry, The Little Prince

For my PhD, I conduct research in exoplanets and study the eccentricities of warm jupiters to better understand their formation history and how they came to be. For the Cubesat mission, my role revolves around the science and technical requirements for the payload to detect Terrestrial Gamma-ray Flahses, as well as the science simulations that drive those requirements.

My favorite part of my PhD research is being part of a large collaborative team of people who work on different areas in exoplanet research, and analyzing data from space-based and earth-based telescopes to get better constraints on exoplanet properties. For my Cubesat mission, I love that the mission concept of Light-1 started out as an ambitious capstone thesis I pursued during my undergrad, and how it blossomed into a full scale mission now, which is npw launched and deployed in space! 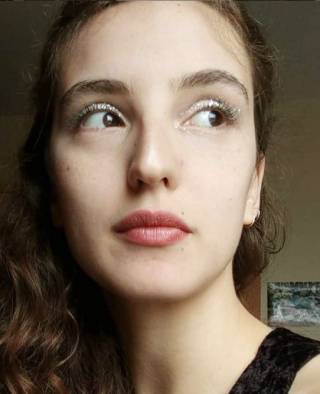 "Your reward will be the widening of the horizon as you climb. And if you achieve that reward, you will ask no other." – Cecilia Payne-Gaposchkin

My work focuses on beams of electrons accelerated by the Sun and how they interact with the plasma of the solar wind, solar corona, and the interplanetary medium.

My favourite part of my work is being able to use in-situ data collected by NASA's Parker Solar Probe and ESA's Solar Orbiter - these missions literally touch the Sun! 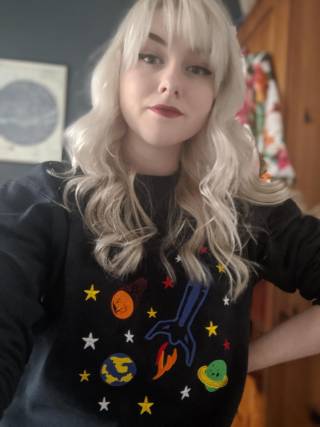 I'm a PhD student in the Plasma Group studying where the Sun's magnetic field meets the Earth's! We can learn lots about how charged particles from the Sun enter the Earth's atmosphere to cause aurora (and even disrupt satellite communications) from how these magnetic fields interact. I mostly use the space-based Cluster spacecraft and the ground-based SuperDARN radars to observe what's happening on these open field lines.

The most interesting part of my work is interpreting data to figure out how the dayside magnetosphere is behaving. Like a space detective! 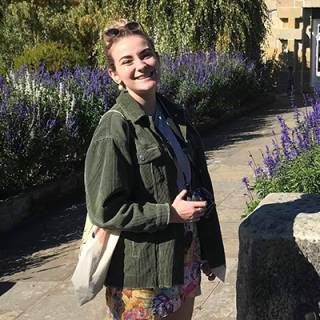 “900 years of time and space and I’ve never met anyone that isn’t important.” – The Doctor

My research focuses on planetary induced magnetospheres, particularly the influence of dust storm events on Mars' magnetic environment. I use data from the Mars Express satellite, and I plan to go onto do a similar type of study at Venus with the Venus Express satellite. I'm also a keen science communicator, regularly giving talks to schools and groups as well as organising MSSL's work experience week and co-leading a public engagement project focused on the launch of the Rosalind Franklin Rover.

The best thing about my role is the huge numbers of opportunities available to collaborate with researchers around the world and get involved with new and exciting projects. This has led me to be part of the team for the Panoramic Camera (PanCam) onboard the ExoMars rover! 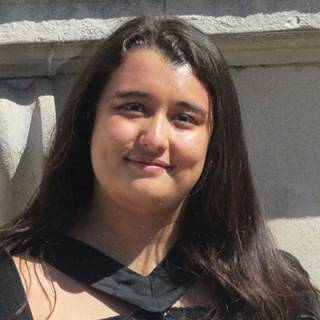 “We understand so much. But the sky behind those lights – mostly void, partially stars? That sky reminds us we don't understand even more.” – Joseph Fink

My role entails looking at pictures of galaxies from telescopes and trying to understand what we see and why we see that.

There are a lot of opportunities to get involved with things that aren't directly related to my work, which has let me explore other things that I am interested in. 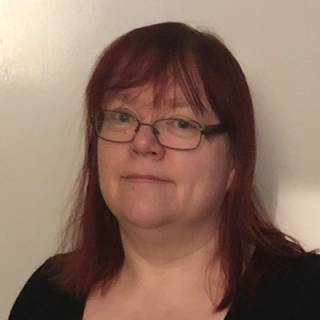 I lead the build team of scientists and engineers for a flight instrument called VIS on the ESA Euclid Mission. Euclid is a space-borne survey mission dedicated to investigate the origin of the Universe's accelerating expansion and the nature of dark energy, dark matter and gravity. Euclid will characterise the signatures of dark energy on the 3D distribution of cosmic structures.

I love my job as it's something different every day, with new problems to tackle. 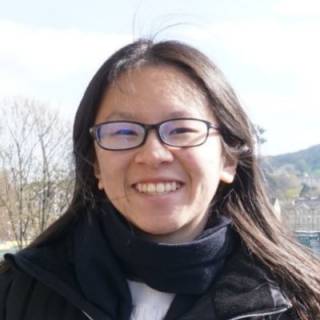 My role entails doing research by analysing data obtained from space telescopes, meeting weekly with my supervisor to discuss some science, reading literature to learn more about the cutting-edge research, attending seminars and meeting experts in the field, occasionally outreaching to school students to share the amazing things about exoplanets!

The most interesting parts of this are learning about how big and diverse our universe is, finding answers to the unknown, seeing others and myself getting excited about new planet discoveries, and perhaps even discovering a second Earth in the future!

Director of the Centre for Space Medicine at MSSL 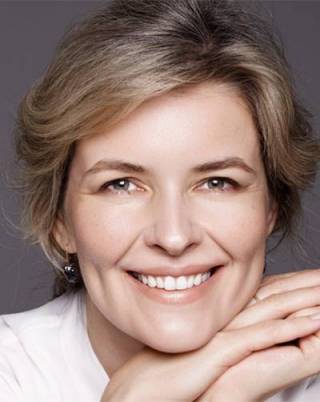 My work taps into human potential to explore outer space and investigate integrative health approaches to wellness for isolated and self-sufficient environments. I have advised the UK Space Agency, lead projects and worked with European Space Agency, UK Ministry of Defence, NASA and ROSCOSMOS, designed the Astronaut Human Performance training and worked with surgeons to rapidly transfer expertise between experts and novice.

I enjoy public engagement: talks, TV and radio, including being BBC Two’s Science Expert and Presenter on Astronauts: Do You Have What It Takes?

I’m a mum, pilot, skydiver, scuba diver, acupuncturist and designer of books for newborn babies – to make the future generation of explorers curious about the Earth and Space.

“In a very real sense, we are all aliens on a strange planet. We spend most of our lives reaching out and trying to communicate. If during our whole lifetime, we could reach out and really communicate with just two people, we are indeed very fortunate.” – Gene Roddenberry

I study some of the Earth’s most extreme environments and the life (both human and microbe) that lives or once lived in them. I use these sites as examples of the kind of places we think life, or the precursor molecules for life, might have once existed on Mars and the icy bodies of the Solar System.

My favourite part of my job is being part of the ExoMars Rosalind Franklin rover team and finally getting to see her launch to Mars in 2022! 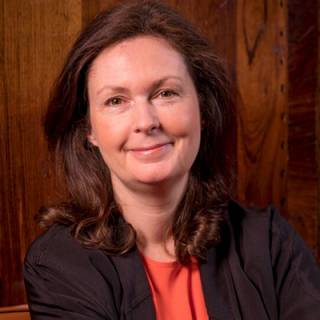 “Fight for the things that you care about. But do it in a way that will lead others to join you.” – Ruth Bader Ginsburg

I carry out research into the origins of solar activity, help train the next generation of scientists and work towards making sure our department's research and engineering has impact across a range of audiences. 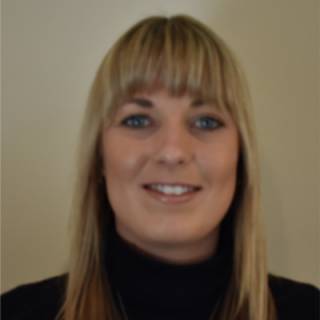 “Try to be a rainbow in someone’s cloud” – Maya Angelou

Stephanie is a postdoctoral research fellow in space weather based at UCL’s Mullard Space Science Laboratory. Her research focuses on the evolution of the Sun’s magnetic field in the lead up to solar eruptions and the production of solar energetic particles. Solar eruptive events can lead to spectacular displays of the aurora but can also cause severe disruption to our technological systems on Earth. Alongside her research she is actively involved in public engagement and outreach activities, which includes giving talks, demonstrations, and space related activities. She is also a Guest Lecturer and Resident Astronomer for various cruise lines.

One of the most interesting aspects to my role is the opportunities to discuss scientific ideas with colleagues from all over the world!

"Lose you dreams and you will lose your mind" – Ruby Tuesday, RS

What does my work entail?  Quite a lot indeed! I work on neutron stars and pulsars and to mimic their emission we have very complex numerical codes and we need to digest complex concepts in QED physics. I try to simulate the data observed in the X-ray and optical band. I also work a lot in the preparation of future space mission concepts, with space agencies as ESA, NASA and CAS. I do love teaching and is always a great pleasure to deal with my student's questions.

Some of the aspects that interest me most to what I do, is the variety of concepts that I need to study, the fact that I come across different fields in physics but also I need to understand some engineering aspects and data analysis aspects. It is really stimulating.

One of the most interesting aspects to my role is the opportunities to discuss scientific ideas with colleagues from all over the world!