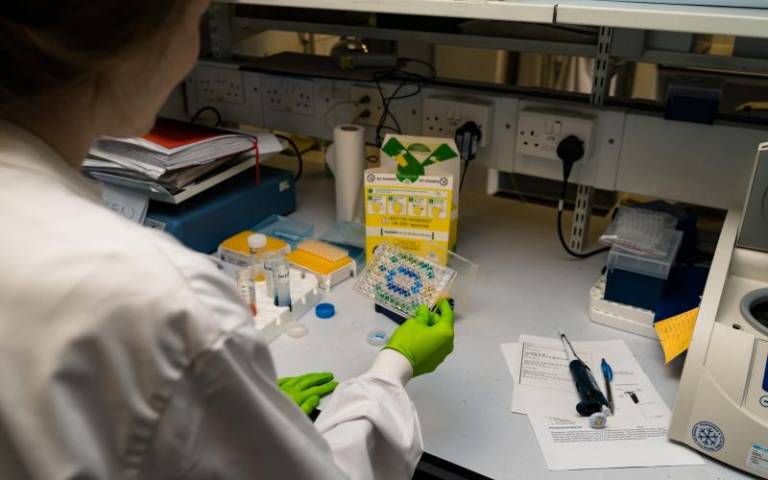 Local sixth form students from three seperate schools attended a one-day workshop in the Division of Medicine this summer. They attended short talks with doctors and scientists in the division to learn about careers in medicine and research. Students were also able to experience a working lab and learn how to pipette and run gel electrophoresis.

Sixth formers interested in STEM were selected from disadvantaged backgrounds. They were matched with appropriate local professionals in their chosen field. The Division of Medicine hosted two groups this year. Each group visited the division of medicine for five days.

Dr Nina De Gruijter supported seven students who hope to study medicine and pharmacy. During their visit they were able to work on a lab project which involved them being taken through a case study of an arthritic knee, which they wrote a short report about, to learn about differential diagnostic skills as medics. 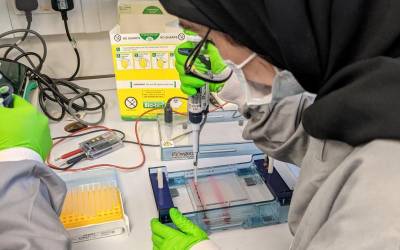 The second group consisted of three students who worked with Hannah Peckham. They were interested in studying biology. Their lab project tied into the theme of Hannah's PhD - sex differences in the immune system. Their task involved writing their own ‘journal articles’ based on their lab results at the end of their week. this allowed them to learn about the full process of carrying out research - deciding what is interesting/important- and communicating it to the world. 9 out of the 10 In2Science students this year were female, so the team have been keen to introduce them to as many ‘women in science' as possible including PhD student, research co-ordinator, senior scientist, technician, medical doctor, and nurse. It is hoped that this will help to overcome the stereotype that STEM careers are for men only.