George received an award from the Medical Student Support Fund when he hit unexpected financial difficulties. This gave him the help needed to pay his rent and focus on the coming term

I’m writing to express my gratitude at having received emergency funding via the medical school, which I understand was from your kind donations. Due to unforeseen events, I was entirely unable to fund myself after the final term of last academic year. Normally, I would work each summer, both to pay off my debt and to fund myself for the following year. However, as a result of fourth year being significantly longer, I was unable to do so this time around.

Each year of medical school has been an entirely new experience to both myself and my family, considering that I am the first of us ever to go to university, let alone study medicine. It has been both rewarding and challenging in equal measure but, without the support of the medical school, holistically and financially, I would have had a much harder time thus far.

“Not attending a private school (like a large portion of my peers) with the necessary support to medical application in place I, for lack of a better term, had to wing it.

I have always wanted to study medicine, having never been that child at school who wanted to be a footballer or, rather nonsensically, a fire engine. 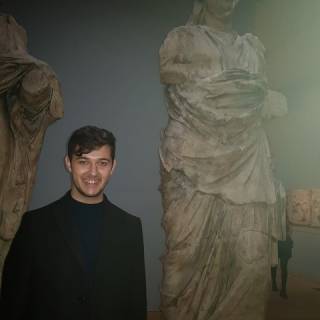 Of course, as childhood ambitions change into adult realities, there were certain barriers that I would have to overcome. Not attending a private school (like a large portion of my peers) with the necessary support to medical application in place I, for lack of a better term, had to wing it. Luckily, I was successful enough to win a place at UCL, the first from my school in quite a number of years to study medicine, not to mention at a leading university. Having progressed from working 20 hours a week at Mcdonalds, alongside taking my A-levels, I was quite proud of that. Needless to say, medical school has since been the hardest, yet most enjoyable endeavour I’ve ever embarked upon, and support from the medical school has allowed me to continue in my studies towards my ultimate goal of becoming a successful doctor.

This bursary, in the most pragmatic of terms, has allowed me to pay my rent where I would have otherwise been unable to do so. This would have had greater ramifications to me personally, especially after a busy and stressful exam period. Alleviating this financial burden has not only allowed me to return to my studies with reduced anxiety, but more than likely saved me some time in a small claims court. I cannot express my gratitude enough. In future, once through the other side of medical school, I will strive to give back in any way I can to future generations of medical students who find themselves in my position.