Professor Sarah Tabrizi, Director of the Huntington’s Disease Centre at the UCL Queen Square Institute of Neurology, is playing a leading role in the global push to find a cure for Huntington’s disease. 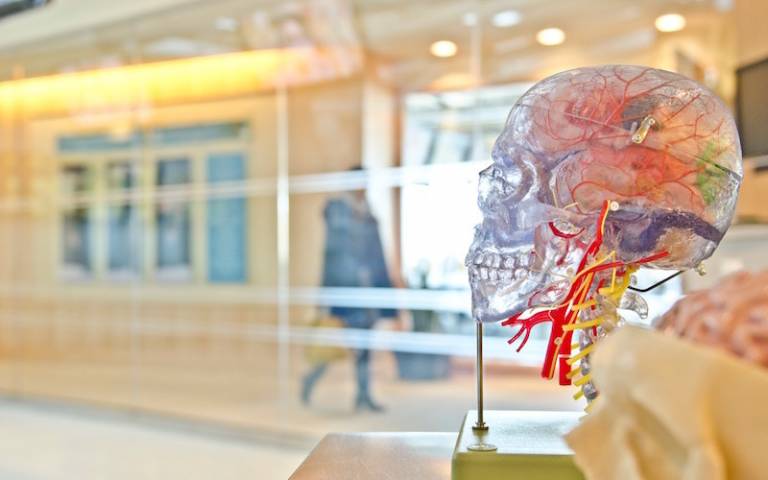 Huntington’s disease is an inherited and fatal neurological disease caused by a mutation in the huntingtin gene which codes for the production of the toxic mutant huntingtin protein that slowly damages neurons in disease sufferers, leading to the progressive decline in mental and physical function.

In collaboration with Ionis Pharmaceuticals, Sarah led the first human safety trial of a drug developed to reduce the levels of toxic mutant huntingtin protein in the nervous system. The drug is a single strand of chemically-modified DNA designed to ‘silence’ the genetic message that produces the toxic protein.

The trial made global headlines in 2017 when its ‘top-line’ results found the drug to be safe and well-tolerated, and, most significantly, successfully lowered levels of the toxic mutant huntingtin protein in participants.

Following the success of the safety trial the pharmaceutical giant F. Hoffmann-La Roche exercised its option to licence the drug and progress its development programme. This includes a major global phase 3 clinical trial, on which Sarah acts as one of the lead academic investigators, testing the long-term safety and clinical efficacy of the drug, and whether it slows disease progression.