The first drug targeting the cause of Huntington's disease was safe and well-tolerated in its first human trial led by UCL scientists. 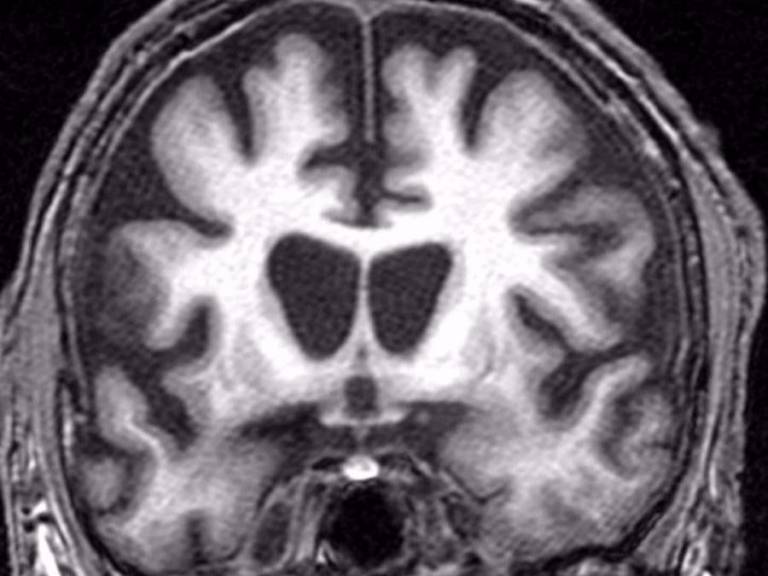 It successfully lowered the level of the harmful huntingtin protein in the nervous system.

After over a decade in pre-clinical development, this first human trial of huntingtin-lowering drug began in late 2015, led by Professor Sarah Tabrizi (UCL Institute of Neurology) and sponsored by Ionis Pharmaceuticals.

The trial involved enrolling 46 patients with early Huntington's disease at nine study centres in the UK, Germany and Canada.

Each patient received four doses of either IONIS-HTTRx or placebo, given by injection into the spinal fluid to enable it to reach the brain. As the phase 1/2a trial progressed, the dose of IONIS-HTTRx was increased several times according to the ascending-dose trial design.

Patient safety was monitored throughout the study by an independent safety committee.

Today's announcement at completion of the trial confirms that IONIS-HTTRx was well-tolerated by the trial participants and its safety profile supports further testing in patients.

Professor Tabrizi, Director of the UCL Huntington's Disease Centre and IONIS-HTTRx Global Chief Investigator, said: "The results of this trial are of ground-breaking importance for Huntington's disease patients and families. For the first time a drug has lowered the level of the toxic disease-causing protein in the nervous system, and the drug was safe and well-tolerated. The key now is to move quickly to a larger trial to test whether the drug slows disease progression."

A major unknown was whether the trial would show that IONIS-HTTRx could lower the level of mutant huntingtin protein in the nervous system. Using an ultra-sensitive assay, concentrations of the protein were measured in each patient's spinal fluid before and after treatment.

As hoped, IONIS-HTTRx­ produced significant, dose-dependent lowering of the level of mutant huntingtin - the first time the protein known to cause Huntington's has been lowered in the nervous system of patients.

As a result of these successful outcomes, Ionis' partner, Roche, has exercised its option to license IONIS-HTTRx and assumes responsibility for further development, regulatory activities and commercialization activities.   Meanwhile, Ionis announced in June that all patients in the completed trial would be offered a place in an open-label extension to receive IONIS-HTTRx.

The results of the trial and plans for the ongoing IONIS-HTTRx programme will be presented in detail at forthcoming scientific meetings and prepared for peer-reviewed publication.