Works by and about Dante. 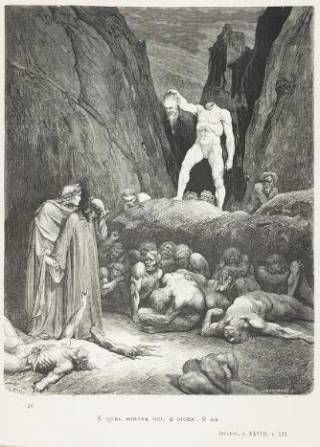 The Dante Collection, now numbering a little under 3,000 volumes, includes 36 editions of the Divina Commedia printed before 1600. Of particular note are three incunabula; that printed by Wendelin de Spira of Venice in 1477, the 1491 edition of Petrus de Plasiis of Cremona, and the first illustrated edition printed by Nicholas di Lorenzo in Florence, 1481. There are also two copies of the first Aldine edition of 1502, together with five later Aldine editions. The collection is also supplemented by Welsh, Catalan, Danish, Hungarian, Romanian, Russian, and Japanese translations.

The collection owes its origin to the bequest by Henry Clark Barlow of his Italian library in 1876. At the same time, he endowed the UCL Barlow Memorial Lecture on Dante. The collection has since been supplemented by editions from the Morris Library (1869), the Mocatta Library (1906), and the Whitley Stokes Collection (1910). A printed catalogue was issued in 1910 (see below). Some later editions also came from the Rotton Library in 1926, from Sir Herbert Thompson in 1921, and from Huxley St. John Brooks, whose books were purchased by the Library on his death in 1949.

The collection is fully catalogued. To browse the records, conduct a search for DANTECOLLECTION, without spaces, on Explore.