Carswell was born in Paisley, Scotland, on 3 February 1793. He studied medicine at the University of Glasgow and received his MD from Marischal College, Aberdeen in 1826, having spent several years studying morbid anatomy in Paris. 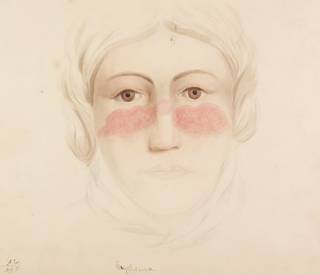 In 1828, Carswell was appointed Professor of Morbid Anatomy at the University of London. Before the commencement of his teaching duties, he was commissioned to prepare a collection of drawings of pathological conditions in Paris. He was engaged to remain abroad for two years on a salary of £350; this was later extended for an additional year, and he took up his teaching post in about 1832.

The resulting collection of over 1000 drawings is exceptional for its detail, its artistry and its significance for the history of medical education. At the height of his career, in the 1820s and 1830s, the microscope was only just coming into use and medical students learned anatomy from lectures, pictures, preserved specimens and the dissection of bodies. The supply of bodies was rarely adequate and preserved specimens deteriorate and change over time so Carswell believed that illustrations, made as accurate as possible, were the best methods by which to teach anatomy. In 1837 he published Pathological Anatomy: Illustrations of the Elementary Forms of Disease, illustrated with his own drawings.

Most of the drawings and watercolours are anatomical specimens shown in situ at the post-mortem examination. Others are of living patients, depicting individual parts such as a limb, or the face. Some of the latter are sensitive and affecting portraits of people in great distress.

They were divided into 17 sections corresponding to parts of the body or type of disease, and another section has been created for a few miscellaneous unnumbered drawings. Not all the drawings in the collection are by Carswell himself. Other named artists are Johnson Savage (17 drawings), W.P. Cocks (5 drawings) and H.B. Tuson (1 drawing). There is also an artist known simply by the initials "J.A." (3 drawings) and some case notes are signed by B[enjamin] Clarke (3 drawings). In addition there are two (identical) uncoloured printed lithographs, and one unsigned drawing, dated Calcutta, 1852. Carswell's drawings are usually signed, or at least initialled by him, with the date and location on the verso.

A catalogue of the Carswell collection is available.