Collection of manuscripts written and composed by the philosopher and legal reformer Jeremy Bentham.

The vast collection of manuscripts written and composed by the philosopher and legal reformer Jeremy Bentham (1748-1832), held by UCL Library's Special Collections, are of outstanding international historical and philosophical importance, and are one of UCL's most important possessions. Bentham was the founder of the modern doctrine of utilitarianism, a seminal figure in legal philosophy, a major theorist of representative democracy, and the originator of contemporary notions of surveillance through his panopticon prison scheme. 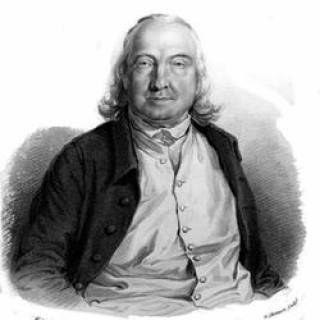 The papers were originally given to Bentham's literary executor, John Bowring (1792-1872), who produced a generally derided eleven-volume edition of Bentham's works between 1838 and 1843. Bowring handed over the manuscripts to the then London University (later UCL) before his departure in 1849 to take the position of British Consul at Canton (modern-day Guangzhou).

UCL's Bentham Project was founded in 1959, is an academic unit housed in the Faculty of Laws, and is currently producing a new and authoritative edition of Bentham's works, largely based on the manuscripts, which will supersede the Bowring edition. Thus far, twenty-eight volumes of an anticipated seventy have been published.

The manuscripts consist of drafts and notes for published and several substantial unpublished works, correspondence to and from Bentham, and other ephemera. They cover the period of Bentham's life, and consist of around 60,000 manuscript folios of varying length.

The digital collection can be explored by browsing by manuscript box and by manuscript heading, and more material will be progressively added to the collection. The Bentham Project and UCL Library are also linking transcripts of the material to the relevant images, which allows for full-text searching of the collection. The capability of the search facility will thus increase as more transcripts are added.

Users can contribute to the further opening-up of the collection by taking part in the Bentham Project's award-winning 'Transcribe Bentham' initiative, which makes available Bentham manuscripts so that anyone, anywhere in the world can assist in transcribing this hugely valuable material. You can visit the Transcribe Bentham 'Transcription Desk'.