We are pleased to announce that the Grand Prix Européen 2022 has been awarded to Professor Nick Fox by the Fondation Recherche Alzheimer. 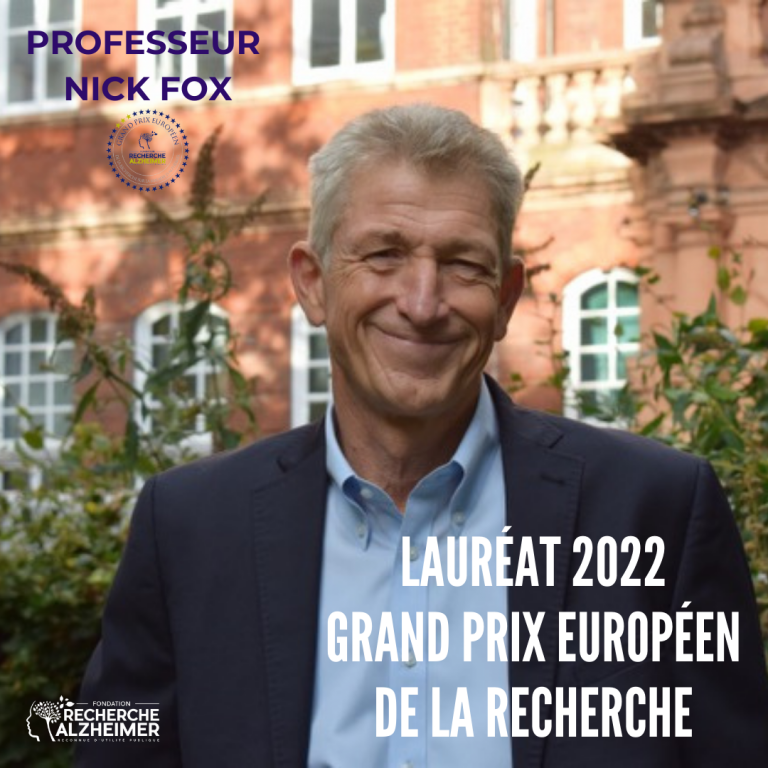 Created in 2004 by two French doctors, Professor Bruno Dubois, neurologist specializing in Alzheimer's disease and Doctor Olivier de Ladoucette, psychiatrist and geriatrician, the Fondation Recherche Alzheimer is located at the heart of the Pitié-Salpêtrière Hospital Group.

Professor Nick Fox is an Honorary Consultant Neurologist at the National Hospital of Neurology and Neurosurgery (UCLH), Professor of Clinical Neurology and Director of the Dementia Research Centre at the UCL Queen Square Institute of Neurology. Nick Fox earned his first degree in Physics and Physiology before moving into medicine and majoring in cognitive neurology.

His research focuses on the early diagnosis and study of the progression of neurodegenerative dementias as well as biomarkers for testing potential treatments for Alzheimer's disease and related syndromes.

He pioneered innovative methods for using MRI to study the progression of Alzheimer's disease and its early diagnosis. The atrophy measures he developed are now widely used in clinical trials. He also has a long-standing interest in longitudinal clinical and imaging studies in familial dementias. This is a frame of reference in the development of large cohorts and clinical trials such as Alzheimer's Disease Neuroimaging Initiative (ADNI) and Dominant Inherited Alzheimer Network (DIAN). He has also applied these methods to pathologies related to Alzheimer's (semantic dementia and fronto-temporal dementia).

With this Grand Prix, he proposes to validate a rapid protocol (5 minutes instead of 20 to 30 minutes) which would allow the diagnosis and monitoring of Alzheimer's disease and related diseases with the same precision.

In parallel to his research activity he remains personally very active with patients, as director of a renowned specialist centre on cognitive pathologies, as well as involvement in dementia research charities.

"I want to warmly congratulate Nick on this very major achievement. It recognises his continuous and major contributions to dementia research. His work has been central to developing imaging biomarker methods now used throughout the world to track dementia and which  are central to clinical trials. He leads a world class research group based at the UCL Queen Square Institute of Neurology” Professor Michael Hanna, Director, UCL Queen Square Institute of Neurology