Congratulations to Professor John Hardy (UCL Queen Square Institute of Neurology) who has been appointed Knight Bachelor for services to human health in improving understanding of dementia and neurodegenerative diseases. 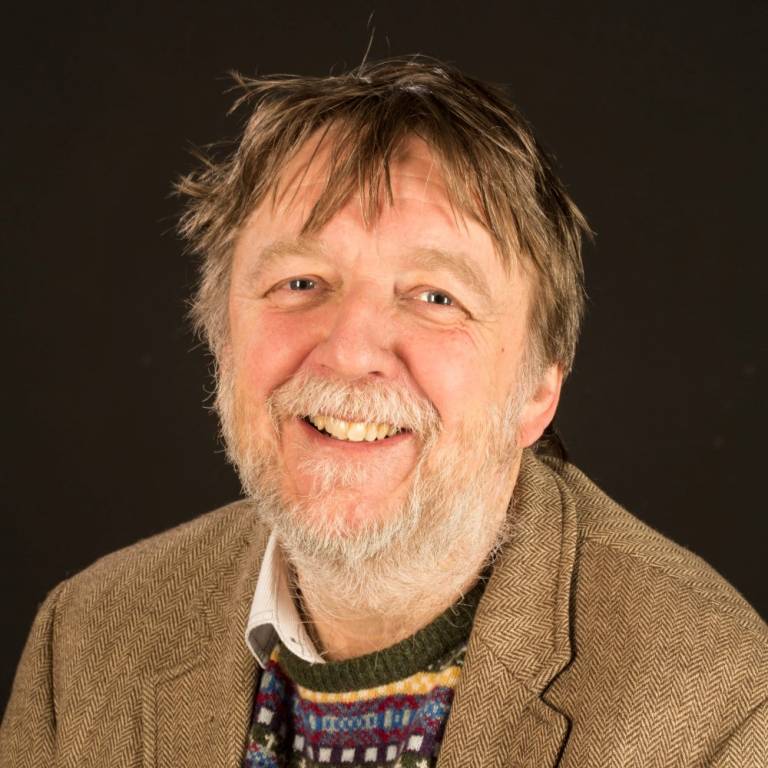 Professor Hardy is Chair of the Molecular Biology of Neurological Disease at UCL Queen Square Institute of Neurology and a member of the UK Dementia Research Institute at UCL. He is an international figure in the research of neurodegenerative disease and is globally recognised for his contribution to developing breakthrough therapies for dementia. He created the amyloid cascade hypothesis of Alzheimer’s disease - the major theory of the disease. His groundbreaking studies on the genetics underlying Alzheimer’s has brought us closer to understanding the root causes of the disease, forming the foundations for many promising therapies currently in development. He was elected a Fellow of the Royal Society in 2009, won the Breakthrough Prize in Life Sciences in 2016, and shared the prestigious Brain prize in 2018.

“It is a great honour of course to get the knighthood and I’m of course very proud of the work we did working with families with Alzheimer’s disease collected by my Institute of Neurology colleague Dr Martin Rossor. I think we now know much more about what causes Alzheimer’s disease. But we also have to acknowledge that our work has not yet led to much better treatments. Hopefully the next period of clinical and basic research will start to make that important breakthrough.” Professor John Hardy

Professor Hardy has collaborated widely and, together with his co-workers, has deposited whole genome association data for Parkinson’s disease, Alzheimer’s disease, motor neurone disease, Bipolar disease and controls in an open access format allowing direct interrogation by the scientific community. Together with Gerald Higgins, Hardy published the amyloid cascade hypothesis in the early nineties, which is still the major theory on how Alzheimer’s disease arises, placing amyloid beta at the centre of early harmful changes in the brain. The amyloid-targeting drug aducanumab was approved earlier this year for Alzheimer's in a landmark decision by the FDA in the US.

“On behalf of the entire UK DRI community we warmly congratulate John on his knighthood. John is not only a mainstay of the neurodegeneration research community, contributing many seminal discoveries and insights over the years, but also a phenomenal leader and a terrific friend who cares for all those around him. We are delighted that his many contributions are being recognised—a richly deserved honour indeed—and look forward to seeing him in a suit.” UK DRI Directors Professor Bart De Strooper and Dr Adrian Ivinson.

“ I am delighted to congratulate my Queen Square Institute of Neurology colleague Professor John Hardy on his Knighthood. This is truly wonderful news and recognition of John’s major contribution to understanding the genetics of Alzheimer’s  disease thereby paving the way for potential treatments. John’s research is a powerful example of how interdisciplinary collaboration linking clinical colleagues studying families, geneticists and molecular neuroscientists has led to a deep understanding of the genetic mechanisms of Alzheimer’s diseases. John’s knighthood is great recognition of decades of focussed research and am sure I speak for all Institute colleagues in very warmly congratulating him ” Professor Michael Hanna, Director, UCL Queen Square Institute of Neurology