UCL Queen Square Institute of Neurology held its sixth inaugural lecture evening of 2021, on 5th October 2021, which was joined by over a 100 UK and international attendees The first lecture was given by Professor Tammaryn Lashley (Professor of Neuroscience, Department of Neurodegenerative Disease) "What are we not seeing..."

Tammaryn began with an overview of her early career, and those who had supported and inspired her, including Professor Tamas Revesz.

Tammaryn undertook her PhD at UCL Queen Square Institute of Neurology under the supervision of Prof Tamas Revesz whilst maintaining the diagnostic histology for Queen Square Brain Bank. She obtained both junior and senior fellowship from Alzheimer’s Research UK to follow her own independent projects on Frontotemporal dementia.

She became departmental graduate tutor in the Department of Molecular Neuroscience and continued this role when moving academic departments to Neurodegenerative Disease as she is passionate about supporting and enabling students. Tammaryn was appointed Chair of the UCL ARUK Network and Director of Research at Queen Square Brain Bank to oversee the usage of brain tissue in different research projects. She was elected honorary secretary of the British Neuropathological Society where she introduced a new membership system and raised the profile of the society amongst neuroscientists. 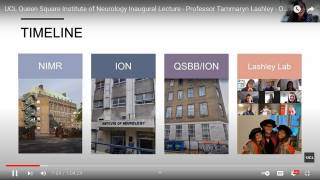 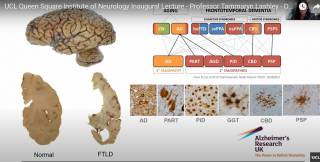 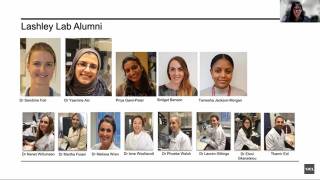 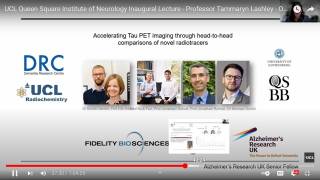 The second lecture was given by Professor Selina Wray  (Professor of Molecular Neuroscience, Department of Neurodegenerative Disease) Building brains in a dish: Using stem cells to understand dementia

Selina Wray is a Professor of Molecular Neuroscience and  Alzheimer's Research UK Senior Research Fellow in the Department of Neurodegenerative Disease at UCL Queen Square Institute of Neurology.

Selina began her lecture with an overview of her early life and academic background, and those who had mentored, and continue to mentor her, throughout her career.

Selina received her degree in Biochemistry and Biological Chemistry from the University of Nottingham in 2004, before undertaking PhD training in Dr Diane Hanger’s laboratory at the Institute of Psychiatry, Kings College London.  Selina was awarded her PhD in 2008 with the first descriptions of specific tau signatures in progressive supranuclear palsy, and subsequently joined the laboratory of Professor John Hardy at UCL Queen Square Institute of Neurology as an Alzheimer’s Research UK Junior Research Fellow.

Selina’s work is focussed on the use of induced pluripotent stem cell (iPSC) technology to model dementia, publishing some of the earliest papers using iPSC neurons and organoids to model FTD and AD, working closely with clinical colleagues to obtain samples from participants with rare, genetic forms of dementia and using these to understand the molecular basis of Alzheimer's Disease and Frontotemporal Dementia. She initiated a fibroblast biobank from monogenic neurodegenerative disease and will be co-lead of UCL Stem Cell core when we move to dual hub. She also obtained and led the multicentre NC3R Crack It “UnTangle” challenge grant award as PI (~£1 million)

In recognition of her research and public engagement, including Science Museum Lates “Lost in Thought” public engagement event, Selina was awarded the 2018 ARUK David Hague Early Career Investigator of the Year award and the 2014 Red Magazine Woman of the Year award in the Pioneer category. Selina also co-lead IoN Athena SWAN silver application. Selina was recently appointed Deputy Director for Partnerships and Communications at UCL Queen Square Institute of Neurology. 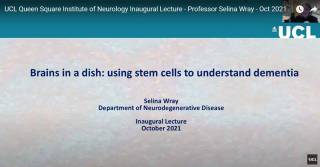 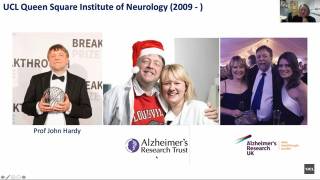 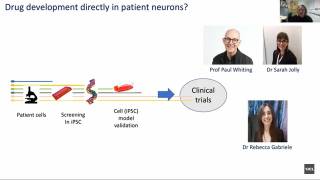 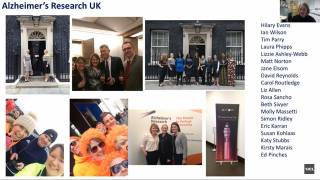 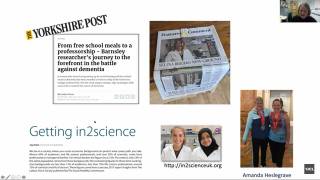 “I joined the QSIoN in 2009 as a junior research fellow with John Hardy, and can hardly believe that 12 years later I have the privilege to give an inaugural lecture with him giving the vote of thanks. I’m very grateful for the opportunities and support I’ve received here and look forward to the future as we work towards new treatments for people living with Alzheimer’s disease and frontotemporal dementia” Professor Selina Wray.