Teens ignore advice, but only when they know better

Teenagers are more likely than younger children to ignore advice, but only when the advice is bad, because adolescents are better at judging their own decisions, finds a new study led by UCL Queen Square Institute of Neurology researchers. 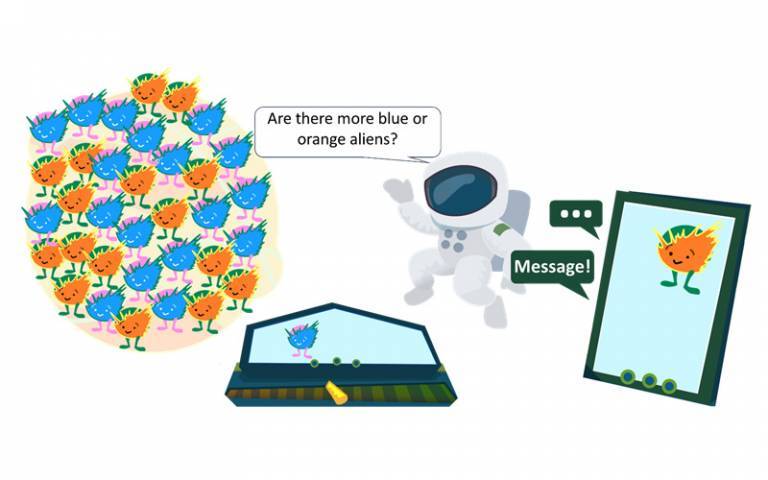 The researchers found that between the ages of nine and 12, young people improve their ability to make decisions independently by learning when they should or shouldn’t trust their own judgements.

The study, published in Developmental Science, shows the development of metacognition may be a key driver of adolescent independence.

PhD student Madeleine Moses-Payne (UCL Institute of Cognitive Neuroscience), first author of the study, said: “Metacognition describes your insight into your own decisions and your ability to judge whether the decisions you make are good or bad. Some people have great insight into their own decisions and know exactly when they made a good or bad decision, while others are less able to reflect on the quality of their decisions.”

The research team, led by Dr Tobias Hauser, investigated children and teenagers’ metacognition and advice taking behaviour using a computer game. In the ‘Space Explorer’ game, children and teenagers had to make simple decisions about whether there were more blue or orange aliens on a planet. Once they had decided, they were asked to rate how certain they were from ‘total guess’ to ‘totally certain’. They were then offered advice from a friendly ‘space advisor’, and could choose to stick with their original decision, or change their mind. The participants were told that the advisor would be correct most of the time, but would sometimes make mistakes.

By comparing children (aged eight and nine) and teenagers (ages 12-13 and 16-17), the scientists showed that teenagers were better able to judge the quality of their own decisions (i.e. when they said they were totally certain, their judgements were generally correct). This metacognitive ability was less developed in children.

Whilst children took on more advice generally, they also listened to bad advice, making their final decisions worse. Teenagers used their newly-developed metacognitive skills to decide when to listen and when not to, as they were more likely to change their mind based on the advice if their initial judgement was incorrect. Consequently, the teenagers (both early and late adolescents) made better decisions than the children. Not only did they know better, the teenagers knew that they knew better.

Lead researcher Moses-Payne said: “Teenagers know when they can rely on themselves and ignore others who make poor suggestions. Of course, here we are assessing very simple decisions. For more complex decisions, teenagers’ metacognition may not yet be well calibrated, meaning that teenagers might ignore others’ advice even when it would have been better to listen.”

The study’s senior author, Dr Tobias Hauser (Max Planck UCL Centre for Computational Psychiatry & Ageing Research and Wellcome Centre for Human Neuroimaging, UCL Queen Square Institute of Neurology), said: “By developing metacognitive skills, teenagers can start becoming independent decision makers and build up their own sense of identity and autonomy. Allowing teenagers to make independent decisions helps them to figure out their own place in society and their own sense of values.”

As a next step, the researchers are interested in what happens if teenagers do not develop good metacognitive skills.

Dr Hauser explained: “We believe that the development of metacognition may influence young people’s mental health, and this is particularly critical because most mental health problems arise during adolescence. Most importantly, we wish to find ways to help those teenagers that do struggle with their mental health.”

Dr Hauser’s team has released a free smartphone app called Brain Explorer where users can play brain games similar to Space Explorer. By downloading the app, anybody young or old can play fun games and learn more about their own brain functions. In doing so, users will anonymously contribute to the group’s research and help to uncover the link between brain development and mental health