This award to Professor Antonella Spinazzola, one of two Fellowships awarded in 2020, will support her research into Parkinson’s disease, a progressive, degenerative neurological condition affecting around 145,000 people in the UK. 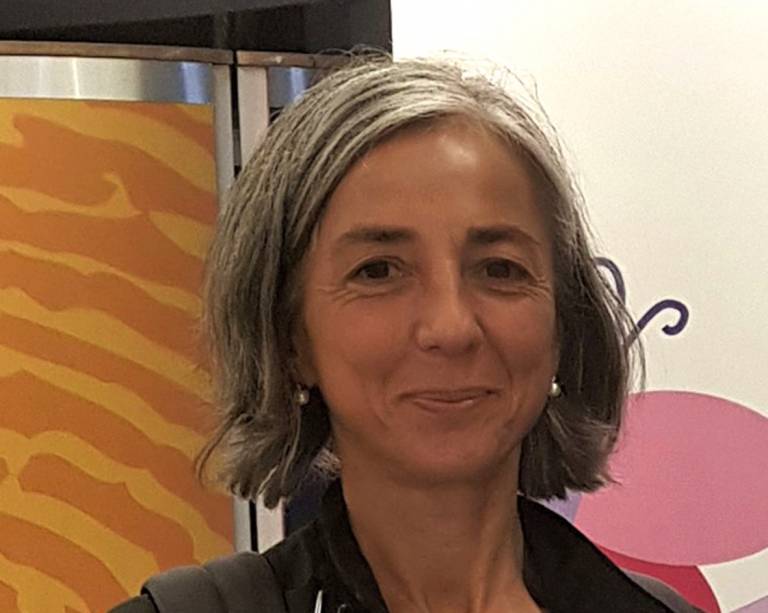 Professor Antonella Spinazzola is a neurologist with over 20 years’ experience studying the role of mitochondria in human diseases, in both clinical and laboratory settings.

As a junior doctor, working with people with rare mitochondrial diseases - often with profound neurological involvement - she became frustrated by the frequent inability to 'give a name' to the specific disorder and, even more, by the lack of treatment options. She therefore embarked upon a research career, determined to advance gene discoveries and mechanistic understanding of the pathologies of these diseases, with the view that this was the best route to the development of effective treatments.

During her career she has made major contributions to mitochondrial biology, culminating in the identification of potential treatments that are currently being tested in disease models, and in a human safety and efficacy trial, thus coming full circle. Her studies of rare mitochondrial diseases have also revealed fundamental aspects of cell and organ biology that have far-reaching implications for neurodegenerative conditions, in particular Parkinson’s disease.

Understanding the biology of Parkinson’s disease

Mitochondria are vital components of human cells, found in all cells except red blood cells. They are powerhouses that convert food and oxygen into energy to support cell function. Whilst this can cause any organ to fail, the brain's high energy demand makes it especially vulnerable to mitochondrial dysfunction.

Professor Spinazzola’s research has focused on the small circles of DNA in the mitochondria that produce proteins that are essential for energy production. Recently, her studies have led to the discovery that multiple processes and pathways impaired in PD affect - and are affected by - changes in mitochondrial DNA metabolism. Her findings unify many earlier observations in the field of PD, and suggest that mitochondrial DNA metabolism is at the centre of a network of organelle interactions, perturbation of which can lead to PD.

With the support provided by this Fellowship, Professor Spinazzola will build on these recent discoveries to further advance our understanding of the role of mitochondrial DNA metabolism in brain disease and test new therapeutic approaches for PD.

Professor Spinazzola’s project aims to address this unmet need by identifying novel targets in disease-relevant pathways, and to use this knowledge to develop therapeutic interventions.