It is with great sadness that we have to announce the death of Emeritus Professor Louis Lim, UCL Queen Square Institute of Neurology. 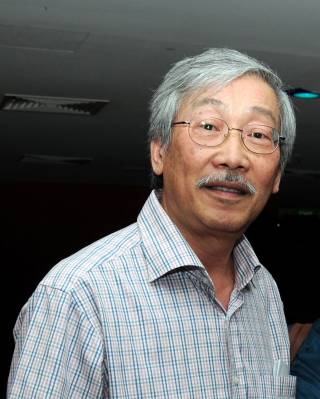 Professor Louis Lim was appointed to a lectureship in the then new Department of Neurochemistry in 1971, retiring from the department in 2005. He worked to apply molecular biology methods to studying the brain while at INL, and in 1989 established the Glaxo-IMCB Group at the Institute of Molecular and Cell Biology (IMCB), Singapore. This was an early international collaboration with industry R&D to support blue-sky research aimed at understanding neurodegeneration.

His research groups in London and Singapore focussed on signal transduction processes underlying cell morphology, with the identification of many proteins that are key for both cancer cell behaviour and neuro-architecture. Louis played a central role with Sydney Brenner in establishing and recruiting for IMCB, Singapore’s first lifescience Institute. Later they conceptualized the larger complex named Biopolis, which was opened in 2005. Louis Lim served on several scientific boards, including the MRC Neurosciences Board, and was a founding member of the Biomedical Research Council , Singapore.

Louis Lim was an insightful scientist, a dedicated researcher, enthusiastic in his support of young scientists and a charismatic leader with a unique sense of humour. He will be fondly remembered by many scientists around the world. We send our sincere condolences to his wife and family.