Gradual exposure to light restored vision to a migraine sufferer who developed miner’s nystagmus after an extended period of severe light deprivation, reports a team led by UCL experts. 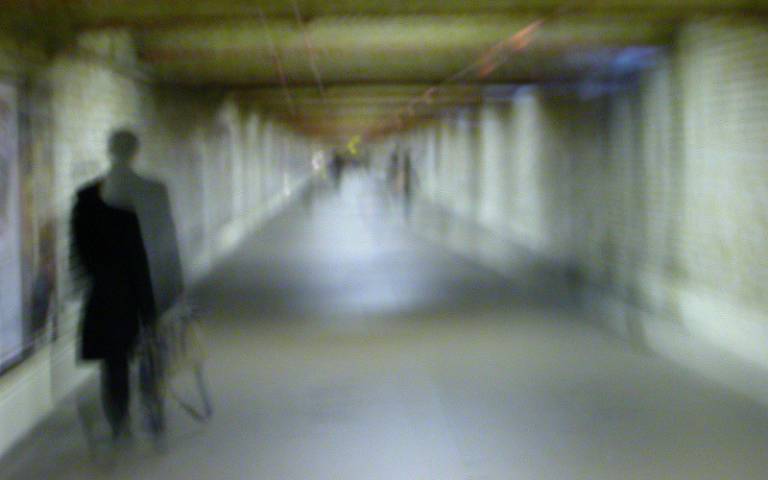 Nystagmus is characterized by involuntary eye movements causing jumping and blurred vision, and is sometimes known as wobbly eyes or jerky eyes. Miner’s nystagmus is a form that was first recognized in the 1870s in coal miners who spent years working underground, but is much rarer today.

The new case report is published in Annals of Internal Medicine.

The clinical team based at the National Hospital for Neurology and Neurosurgery, UCLH, observed a 57-year-old woman who reported having persistent and severe daily throbbing headaches over a period of years. She had associated motion sensitivity and severe phonophobia and photophobia (light sensitivity), requiring her to wear a mask over her eyes to prevent exposure to light when outdoors. While she was able to eventually control her migraines with medication, she started to develop oscillopsia (jumping vision).

She acknowledged that she had been living in continuous darkness for almost two years; her home was completely blacked out, with only a small camping light set to nocturnal settings for illumination. The team placed her on a programme of gradually increasing light exposure using dimmer switches and a lux monitor. By week five, she was able to tolerate 1 lux (minimal light) for eight hours a day, and by week 13, she could tolerate 50 lux (comparable to standing in the centre of a naturally-lit room) for 12 consecutive hours a day. Her nystagmus and oscillopsia resolved completely by eight months.

According to the authors, their case highlights the extent to which neuroplastic and perfusion changes in the visual pathways are reversible even when exposed to extremes of physiology.

Lead author Dr Diego Kaski (UCL Queen Square Institute of Neurology and National Hospital for Neurology and Neurosurgery) said: “This unique case is an extreme example of how neurological symptoms can lead to extremes of behaviour, and how these can themselves cause harm, while also showing the brain reserve, or ‘plasticity’, via which such harm can be reversed.”