Advanced MRI techniques can detect very early changes in the brains of people with multiple sclerosis (MS), which may lead to more accurate predictions about disease progression, finds a study led by UCL Queen Square Institute of Neurology researchers. 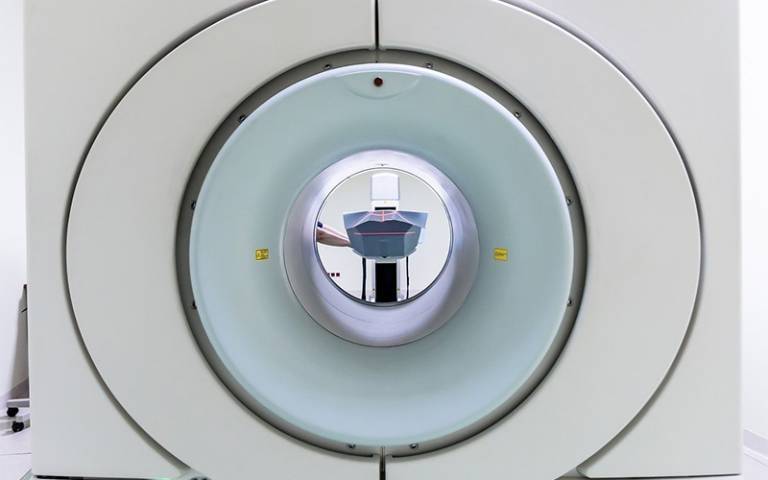 The authors of the paper, published in Brain, say these previously unseen changes could have the potential to predict how disabled a person might become in the future.

MS can cause a range of symptoms, including fatigue, vision problems, numbness, pain and mobility problems. It’s unpredictable and different for everyone, and the uncertainty of how the condition will develop – both in terms of symptoms and severity – is often a major cause of concern for those affected. This uncertainty depends also on the fact that MRI, the primary tool used to diagnose and follow up MS patients, can only see a small part of the complex MS damage that occurs.

Funded by the MS Society and Rosetrees Trust, the study combined advanced MRI techniques to show microscopic changes happening in the MS brain. The team at the Queen Square MS Centre observed 42 people who had experienced their first MS symptoms in the previous three months and, compared to healthy volunteers, found their MRIs showed alterations in sodium concentration, a fundamental element for our brain function, and the brain microstructure.

Crucially, the scale of these changes corresponded to subtle signs of disability, like slower walking speed and higher Expanded Disability Status Scale score, suggesting these previously undetectable changes could be contributing to such disability.  If they also prove to be related to disability build-up, they could even be used to more accurately predict how someone’s MS will affect them in the future – though further longitudinal research on the 42 subjects is still going on.

Lead author Dr Sara Collorone (UCL Queen Square Institute of Neurology) said: “MRI plays a vital role in how we diagnose MS and monitor it throughout someone’s life, and that has been the case for decades. But traditional techniques don’t tell us the whole story.

“This development is exciting because these new techniques go way beyond what we can do with conventional MRI, allowing us to see damage and alterations in brain tissue that we haven’t seen before in early MS. This approach can provide valuable information about early MS damage that previously has only been obtainable through post-mortem studies on brain tissue from people with advanced MS. By providing clues on how MS will progress, it is hoped these techniques will lead to a better long-term prognosis for the newly diagnosed – as well as greater certainty for the future.”

The conventional MRI findings used in practice today are unable to show the clinical variability of MS. Currently, white matter lesions in the brain and spinal cord are visible as white spots on an MRI scan, but these white spots provide comparatively little information on the degree or scale of damage, and the study found no association between white matter lesions and disability.

Disability in MS is driven both by inflammation and nerve loss, with the latter causing the gradually worsening, irreversible disability seen in progressive forms of MS. The alterations visible using these new techniques are indicative of damage to nerves, and may prove to be a very early indication of the likelihood of progressive disease. If this is confirmed in further long-term studies, clinicians could translate that knowledge into more targeted use of treatments in early MS, improving patients’ prognosis. Such understanding could be particularly important if neuroprotective drugs start to emerge.

Dr Emma Gray, Assistant Director of Research at the MS Society, said: “MS is incredibly unpredictable, and giving people greater certainty about their future is one of our top organisational goals. We’re really proud to have funded this research, which could help provide that certainty.

“The next step is for the team to continue the follow-up study of this group of people living with MS, and confirm whether there is a link between these changes and how someone’s MS develops. If the changes can predict later disability this will be a game-changer for how the condition is managed, how future clinical trials are run, and eventually give people with MS the information they need to plan for their future.”

Amy Thompson, 24, who has the relapsing remitting form of MS, said: “Most people living with MS, including myself, would say the worst part about their illness is its unpredictability and not knowing what the future might look like. No one really knows what tomorrow will bring, and from that side of things this technology is very positive. I think it’s really important people have the option of knowing how their MS could progress, so their treatment can be tailored to them – at the moment it’s all a bit of a guessing game.

“It would help me to plan ahead, and generally reduce some of my anxiety about what the future might hold. And even if I was told it wasn’t looking good, that would motivate me to do everything while I still can. Some people could go the other way and be affected negatively, but I personally feel like knowing what’s round the corner would put you in a better position. So you could get the best possible treatment and care, and live well with your MS.”