A project at Wellcome Centre for Human Neuroimaging, UCL Queen Square Institute of Neurology, focused on supporting dialogue and raising awareness of dementia within the Parkinson’s community has been funded by a Wellcome Research Enrichment – Public Engagement grant. 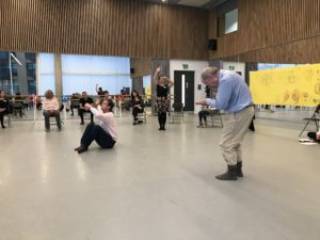 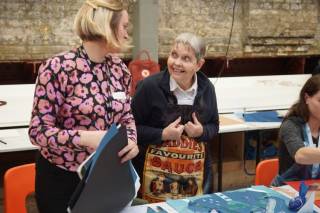 Using knowledge gathered in the workshops, the team will then produce an information toolkit for Parkinson’s patients and carers, and a clinical toolkit to help clinicians open up conversations with patients. The charity Parkinson’s UK will embed the toolkits within their information and support materials as part of a campaign to raise awareness of the risk of dementia in Parkinson’s.

Cassandra Hugill, Public Engagement Manager at the Wellcome Centre for Human Neuroimaging is looking forward to exploring how the project can empower people with Parkinson’s:
‘This project is an illustration of what meaningful public engagement can be. Through this work, we will be bringing together people from a range of areas of expertise, recognising the value of diversity in voices and experience. The toolkits created will help to open these important dialogues around the very real risk of dementia in people with Parkinson’s.”

Dementia is a common complication of Parkinson’ disease: it is six times more likely in people with Parkinson’s than in the general population. Despite this, professionals working with the Parkinson’s community are often hesitant to discuss dementia with patients out of concern that they will respond negatively.

By encouraging conversations about Parkinson’s dementia, the project aims to help patients gain access better and earlier care. The team also hope to engage people with Parkinson’s in research seeking to understand the causes and develop ways to treat cognitive decline in Parkinson’s.

Moreover, the project will put diversity at the forefront by prioritising connections with marginalised groups with the support of Mr Roche. People from Black communities are often underrepresented in Parkinson’s and dementia research. Moïse Roche of the UCL Division of Psychiatry, works to improve dementia services for Black families, and will provide expertise and guidance to ensure the project has strong Black representation.