Can diabetes medication hold the key for a new Parkinson’s treatment?, Exploring ethnicity-based heterogeneity of Parkinson’s & Uncovering the brain network and molecular mechanisms underlying hallucinations and dementia in Parkinson’s 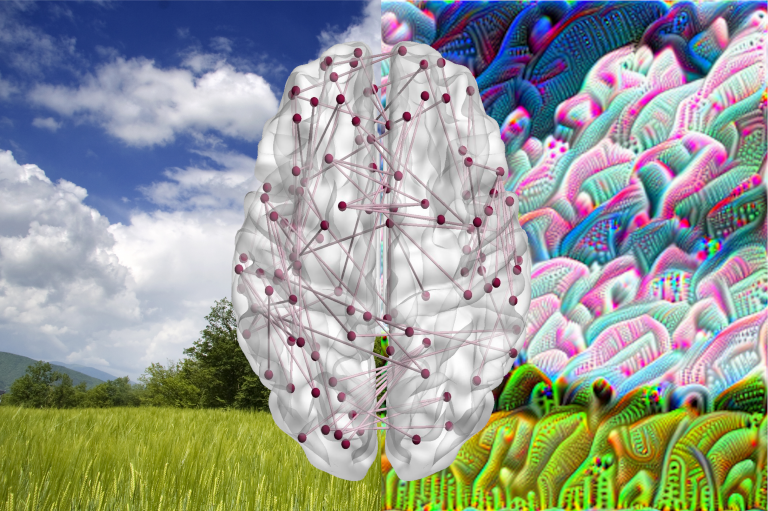 Can diabetes medication hold the key for a new Parkinson’s treatment?

People with diabetes are known to have a greater risk of developing Parkinson’s disease, but the biological basis of this association is largely unknown. Incidentally, a specific type of diabetes drugs – called GLP-1 mimetics, introduced into routine care over the past 15 years, was found to protect brain cells from degeneration. Initial evidence from clinical trials suggest these drugs may be able to slow the progression of Parkinson’s symptoms. The current study used a large national database of primary care health records to explore the prevalence of Parkinson’s in people with and without diabetes. Specifically, the researchers aimed to assess whether the type of diabetes drugs people were taking had any influence on their risk of developing Parkinson’s. The study was led by Prof. Tom Foltynie from the Queen Square Movement Disorders Centre, in collaboration with colleagues from the UCL School of Pharmacy. The health records database contained records of more than 15 million individuals, of whom the researchers identified ~500,00 people with a recorded diagnosis of diabetes and >13 million without diabetes. Analysis of this cohort showed that people with diabetes were almost three times more likely to have Parkinson’s disease, compared to people without diabetes. To evaluate the effects of diabetes trearment on the risk of Parkinson’s, the researchers compared records of ~58,000 people with type 2 diabetes treated with GLP-1 mimetics to ~38,000 people with type 2 diabetes treated with other types of medication. This analysis indicated that people treated with GLP-1 mimetics were indeed less likely to develop Parkinson’s compared to people treated with other types of diabetes medication, with the risk for Parkinson’s reduced by as much as 50%, depending on the specific medication used. This study is therefore another indication for the possible effects of GLP-1 mimetics on the risk of Parkinson’s, and these outcomes support further investigation of these drugs in the treatment of Parkinson’s disease.

It is widely recognized that Parkinson’s is a heterogeneous disease, with each individual patient experiencing a unique combination of motor and non-motor symptoms. Understanding this heterogeneity and identifying clinically significant disease subtypes is vital for personalizing patient care and for improved targeting of new and experimental treatments. Ethnic differences in clinical features have been reported for many neurological and other chronic conditions, but their significance in Parkinson’s is still largely unknown. Specifically, while people with Parkinson’s who are of Black, Asian and minority ethnic (BAME) background are generally known to have a higher disease burden, the characteristics of motor and non-motor symptoms in this population have never been investigated. In order to investigate this, MDC researcher Professor Schrag and colleagues from King’s College London compared the clinical features (motor and non-motor symptoms) of people with Parkinson’s from a white and BAME ethnic background living in the London area. Overall, the research confirmed that people from BAME ethnicity had a higher disease burden that people of white ethnicity, with different and unique disease profiles for people of Asian and black minority groups. People of Asian background had worse motor disability scores than White patients, and were more likely to experience fatigue/sleep dysfunction and suffer from depression and anxiety. People with Parkinson’s from a Black ethnic background also reported a higher degree of motor disability, and this despite the fact that they had a significantly shorter disease duration compared to people from a White ethnic background. This either could indicate a faster disease progression in this population or could reflect a delay in diagnosis for this patient group, leading to a diagnosis of Parkinson’s being made in later and more advanced disease stages. Black population also reported more non-motor symptoms and a higher rate of comorbid conditions, such as diabetes and heart disease. Ffindings of this study raise important scientific, social and clinical issues to address the challenges of care delivery in a “hard to reach population” in health services that serve a diverse multi ethnic population. The results of the study could lead to further work that could drive the development of specific personalised care programmes for different ethnic groups, using language specific and culturally adapted tools to break down cultural barriers and increase accessibility of high quality and timely diagnosis and care. Further studies are now needed to confirm the observed differences and assess their causes and contributing factors.

Dementia is a common non-motor complication of Parkinson’s disease, having devastating effects on patients’ quality of life and greatly increasing carer burden and healthcare costs. Estimates of the number of people with Parkinson’s who will develop dementia vary widely and range between 30-70% based on research done to date. However, dementia is not a defining hallmark of Parkinson’s: it is usually not part of the clinical picture during diagnosis and in early disease stages, it appears and progresses gradually during the course of the disease and many people with Parkinson’s will not develop dementia at all. Identifying which patients are at greater risk of developing dementia is therefore a critical step in understanding the biological mechanisms leading to dementia and developing effective treatments. MDC researcher and consultant neurologist Dr. Rimona Weil has dedicated her research for this purpose, combining specially-designed tests of visual perception with advanced brain imaging and gene expression techniques. Two recent publications from Dr. Weil’s research group identify two groups of people with Parkinson’s who may be at greater risk of developing dementia: people who experience visual hallucinations and people with visual perception dysfunction (as evidenced by low scores on a visual perception task designed by the research team). The researchers used advanced brain imaging techniques to identify changes in activity and connectivity of brain networks and specific brain regions which are associated with an increased risk of dementia. The researchers then looked at gene expression patterns in the affected brain regions to uncover the possible molecular pathways associated with dementia-related altered brain activity patterns. Findings of these studies provide insight into how hallucinations and dementia are generated at the structural network and the molecular levels, as well as providing novel possible targets for future therapies development.