Artworks co-produced by neuroscientists and artists, which explore labels associated with mental health, such as stress and mood, are going on show beginning today as part of a series of events organised by UCL. 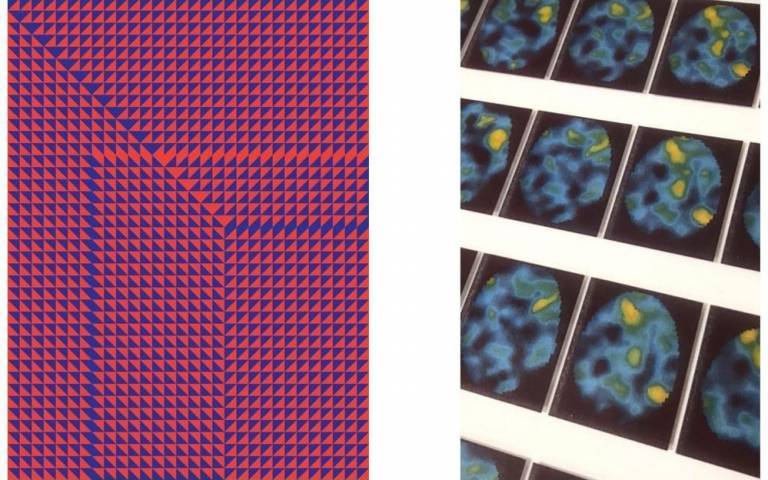 The multi-media exhibition forms part of the ‘Dear World Project’ – an ongoing art-science collaboration looking at mental health, its diagnosis, and the labels often used to describe the related feelings and emotions.

Approximately one in four people in the UK will experience a mental health problem each year. In England, one in six people report experiencing a common mental health problem such as anxiety and depression in any given week. Many people affected by mental ill-health often find themselves either associating themselves with labels, or having labels associated with them by others. This can be helpful or damaging, and this project explores the diversity of labels and how they are used.

Since 2018, the Dear World Project has run pop-ups at festivals including Latitude, inviting people to write on a postcard entitled ‘Dear World’, and include a summary of their thoughts and feelings. Other members of the public then assigned labels they thought most appropriate including stress, mood and focus.

Insights that emerged from this initiative encouraged a second project phase, which focused on the research being done in mental health.

Over six months, scientists from the Wellcome Centre for Human Neuroimaging and the Max Planck UCL Centre for Computational Psychiatry, UCL Queen Square Institute of Neurology, were paired with artists to share their perspectives, expertise and approaches through a series of workshops.

In total nine artworks have been co-produced and take a multitude of forms, including interactive installations, glass blown sculptures and a quilt.

Julia Vogl, the exhibition’s Curator and London-based artist, said: “Throughout Dear World Project workshops, artists and scientists had to learn each other’s languages - which so clearly illustrated the abstract nature of labels. One term can bring two perspectives together or be interpreted completely differently. This multi-media experiential exhibition highlights both the empowerment and dangers of listing conditions as one term.”

The Dear World Project art exhibition will be on display at Stour Space, Hackney Wick, London, from Friday 21 February to Tuesday 3 March 2020.

Alongside the exhibition, there are more than 20 other related events, including: