In recognition for her outstanding contribution to science, Professor Cathy Price, UCL Queen Square Institute of Neurology, has been elected as a Fellow of the Royal Society, while UCL honorary principal investigator, Professor Tim Behrens is also a new Fellow. 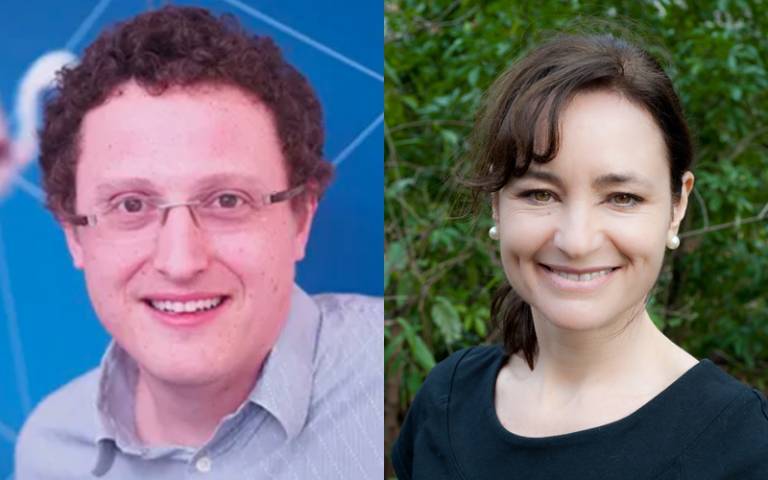 They are among the 51 eminent scientists newly elected in recognition of their exceptional contributions to science which have benefited humanity.

Her research has provided scholars with a greater understanding of how the brain processes language, from reading and semantic memory to speech production and perception. Professor Price’s research has demonstrated how the specialisation for types of language processing comes from the interactions among brain areas that are involved in non-linguistic actions. Currently her work focusses on the development of neuroimaging tools that identify and explain how stroke survivors recover from language and speech impairments.

Upon learning of her successful election to the society, Professor Price said: “I am delighted to have been elected and feel extremely lucky to have worked with so many great colleagues and students over the years.”

Professor Behrens is based at the University of Oxford and is an honorary principal investigator in the Wellcome Centre for Human Neuroimaging at UCL. His research employs computational models and techniques to better understand the brain and how it controls behaviour.

Fellowship of the Royal Society is composed of the most distinguished scientists, technologists and engineers from or living and working in the UK and the Commonwealth.

Professor Alan Thompson, Dean of UCL Brain Sciences, commented: “Being named a Royal Society Fellow is a tremendous achievement, and I offer my warmest congratulations to Cathy and Tim for this well-deserved honour. The UCL community is very proud to have two new Fellows, which is a welcome recognition of our world-leading neuroscience research.”

Venki Ramakrishnan, President of the Royal Society, added: “While election to the Fellowship is a recognition of exceptional individual contributions to the sciences, it is also a network of expertise that can be drawn on to address issues of societal, and global significance. This year’s Fellows and Foreign Members have helped shape the 21st century through their work at the cutting-edge of fields from human genomics, to climate science and machine learning.

It gives me great pleasure to celebrate these achievements, and those yet to come, and welcome them into the ranks of the Royal Society.”