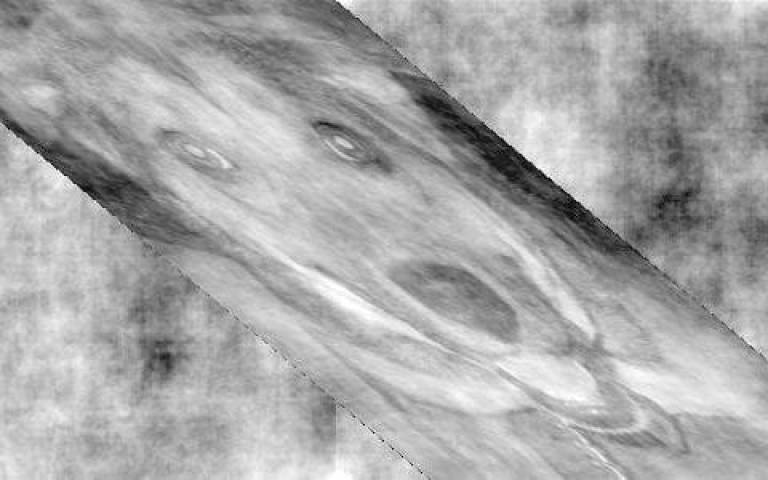 Dementia is one of the most debilitating aspects of Parkinson’s disease, affecting 50% of people within 10 years of diagnosis, with wide variability in timing and severity. Being able to determine the biological basis of Parkinson’s dementia and to identify it at its earliest stages is of the utmost importance. Early identification of people with Parkinson’s who are at greater risk of developing dementia could provide important insights into the mechanistic basis of selective dementia vulnerability and help devise suitable care plans – including enrolment into clinical trials of treatments that slow progression of Parkinson’s dementia. The current study, led by Dr. Rimona Weil from UCL MDC and the UCL Dementia Research Centre, used a simple visual perception task, identifying cats and dogs in distorted pictures, to find early markers of Parkinson’s dementia and the location of its corresponding brain dysfunction. Researchers found that participants' performance in the visual task was generally predictive of future risk of dementia: people who did not perform well in the task had a greater cognitive decline in the following year compared to people who did perform well. Furthermore, researchers were able to pinpoint specific regions in the brain that show reduced activity in people with Parkinson’s who struggled with the visual perception task and who were at greater risk of developing future dementia.

While a positive therapeutic response to L-dopa is a supportive feature in the diagnosis of Parkinson’s disease, a less marked response does not rule out Parkinson's. Indeed, even people with clinically and pathologically confirmed Parkinson’s may have different levels of L-Dopa responsiveness. In this study, researchers from the PRoBaND Clinical Consortium sought to explore what other clinical features may influence L-Dopa responsiveness and whether L-Dopa response in early disease stages can be used to predict future disease progression. Participants in this study were part of the “Tracking Parkinson’s” study: a national research project collecting detailed clinical information from participants newly diagnosed with Parkinson’s and following-up on their disease progression. Researchers found that older patients tended to show a less robust response to L-dopa and that motor symptoms tended to progress faster in patients with lower responsiveness to L-dopa. The authors discuss potential biological mechanisms that may account for these associations and their implications for clinical management decisions.

Transcranial magnetic stimulation (TMS) is a safe and painless non-invasive brain stimulation technique. Stimulation is achieved by electric currents flowing through coils placed near the scalp, producing strong magnetic fields that can easily pass through the skull and induce an electric current in the brain. TMS has been extensively used over the past 30 years to explore brain function in healthy individuals and in patients with neurological disorders. During the years, TMS has given important insights into the field of movement disorders and its use has evolved from primarily research purposes to clinical treatments. In this article, UCL MDC researchers led by Prof. Kailash Bhatia and Prof. John Rothwell, illustrate the basic principles on which the therapeutic use of TMS is based and review the clinical trials that have been performed in patients with movement disorders.

Non-motor and subtle motor features of Parkinson's disease can begin many years before a diagnosis of Parkinson’s is made. However, there is variability between individuals and whilst some patients experience mostly tremor or motor problems before diagnosis, others may have smell loss, cognitive problems, sleep problems or a number of other features. The current study set out to investigate what is the time course of different pre-diagnosis symptoms and whether patterns of groups of symptoms that tend to present together can be discerned. Data for this study, led by UCL MDC researcher Prof. Anette Schrag, was collected through online surveys conducted by Parkinson’s Disease Associations across 11 European countries. The surveys asked patients to report on the presence or absence of motor and non-motor symptoms and their duration before diagnosis. The study found that while motor symptoms (such as slowness, tremor, stiffness) were the most common pre-diagnosis symptoms overall, the earliest symptoms (occurring 5 years or more before diagnosis) were smell loss, sleep problems and fatigue. Distinct combinations of pre-diagnostic clinical features, i.e. symptoms that tend to occur together and in a similar timeframe before diagnosis, were also identified. These patterns could be broadly defined as motor symptoms, central/axial problems (e.g., falls, difficulty swallowing or speaking) and neuropsychiatric symptoms (e.g., anxiety, depression). Identifying these subgroups of pre-diagnostic features may be helpful to differentially assess disease progression in the very early stages of the disease and could also help uncover disease mechanisms.