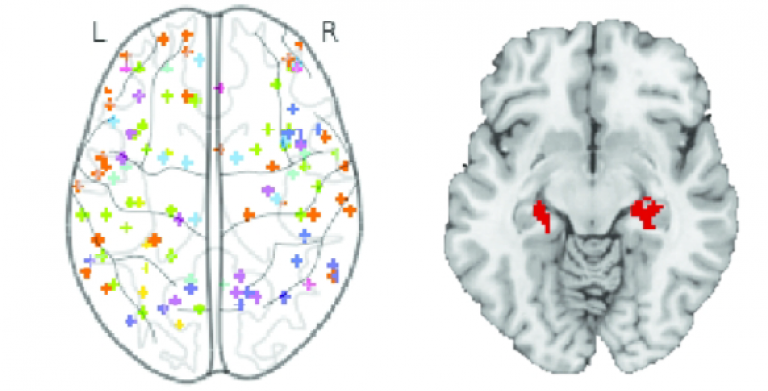 How common are disease-related genetic mutations among people with Parkinson’s in the UK?

The ‘Tracking Parkinson’s study’, led by MDC researcher Prof. Huw Morris working with collaborators across the UK, is the largest single cohort study of genetic mutations in Parkinson’s disease. The aim of this study was to uncover the frequency of Parkinson’s-related genetic mutations in the general population of people with Parkinson’s (not otherwise known or suspected to carry a mutation) and in a specific population of people with “young onset Parkinson’s”. The study also collected detailed clinical assessments to understand how genetics might influence the course and clinical presentation of Parkinson’s. Overall, out of 2262 participants recruited for the study, only 1.4% (29 participants) were found to carry one of the known Parkinson’s genetic mutations. However, the rate of genetic mutation was much higher for specific sub-groups of patients, such as young-onset Parkinson’s (19% carry genetic mutation) and people with a family history of Parkinson’s (two or more additional family members with Parkinson’s). When examining clinical features, the researchers found that people who carry PRKN and PINK1 mutations have a distinct clinical profile that is potentially identifiable even in early stages of the disease. In combination with previous GBA gene analysis in the same cohort, results of this study suggest that up to 10% of Parkinson’s disease patients carry a genetic variant that could potentially be targeted by new drug therapies.

Dementia is a common and debilitating symptom of Parkinson’s disease that carries significant societal and economic burden. However, the exact brain region and nature of the neurological dysfunction leading to PD dementia remain unclear, with significant inconsistency between different studies. In the current study, MDC researcher Dr. Rimona Weil and USA collaborators used a new approach, coordinate-based network mapping, to re-analyse results from previous studies looking at neuroimaging correlates of Parkinson’s dementia. This approach uses functional connectivity information to identify the network of regions connected to a reported neuroimaging coordinate. The results indicated that neuroimaging findings in Parkinson’s dementia all link to a common network centred on the hippocampus, and accounting for the heterogeneity of the neuroimaging findings.

Progressive supranuclear palsy (PSP) is a rare neurodegenerative disease that is a common cause of atypical parkinsonism. The heterogeneity in the clinical presentation of PSP is well document, but relatively little patients with early-onset PSP. The current study, led by MDC researcher Prof. Huw Morris, looks at early-onset PSP (EOPSP), defined as motor symptom onset ≤55 years of age. The researchers aim to describe the unique clinical and pathological features of early-onset PSP and clarify its differential diagnosis compared to late-onset PSP, Parkinson’s disease and other potential mimics. The researchers found that patients with early-onset PSP were often initially misdiagnosed as having Parkinson’s disease (50% of cases initially misdiagnosed) often. In contrast, patients who received a diagnosis of early-onset PSP early in the course of their disease were very often found not to have PSP (as confirmed by in post-mortem pathological examination). Few (9%) EOPSP cases had an underlying genetic mutation. However, higher rates of a family history of dementia and/or parkinsonism were noted in this group, suggesting that there may be additional genetic causes of familial PSP that have not been identified yet.