The biggest ever trial for secondary progressive multiple sclerosis (SPMS) in the UK has begun under UCL research leadership. 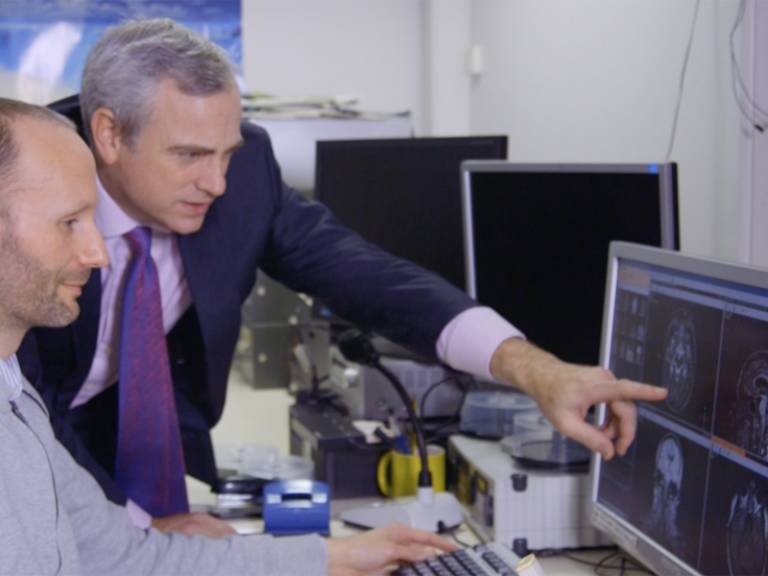 With around 30 sites across the UK and Ireland, the MS-STAT2 trial will involve 1,180 people with SPMS – a form of the condition that currently has little effective treatment.

“Simvastatin is one of the most promising treatment prospects for secondary progressive MS in our lifetime. People with this form of the condition have been waiting decades for a drug that works, which is why there’s such excitement around being able to start the trial,” said Dr Jeremy Chataway (UCL Institute of Neurology and National Hospital for Neurology and Neurosurgery), who is leading the trial.

MS affects over 100,000 people in the UK, and most expect to develop a progressive form of the condition. It causes problems with how people walk, move, see, think, and feel.

Positive results from a smaller Phase 2 trial – also led by Dr Chataway and published in The Lancet in 2014 – showed simvastatin could improve levels of disability and slow disease progression. It also reduced the rate of brain atrophy (shrinkage), suggesting the treatment could protect nerves from damage in SPMS.

Nearly 30 sites around the UK and Ireland will be recruiting for the trial until the end of 2019, including London, Glasgow, Belfast, and Dublin, and will take six years to complete.

The multi-million pound trial is being funded by the MS Society in collaboration with the National Institute for Health Research (NIHR), the National MS Society (US), the NHS and UK universities.

Dr Susan Kohlhaas, Director of Research at the MS Society, said: “We are incredibly proud to be funding MS-STAT2, because we know what it could mean for people living with progressive MS. This condition is unpredictable, painful, and often exhausting, but finding an effective therapy means debilitating symptoms aren’t inevitable.

“Today if you’re diagnosed with this form of MS you don’t have any options, but we’re getting closer to changing that, and hopefully delivering the solution everyone has been waiting for.”

People with secondary progressive MS who would like to be considered to participate in MS-STAT2 can register their interest at http://ms-stat2.info.