This article has been reproduced from NHS Choices. 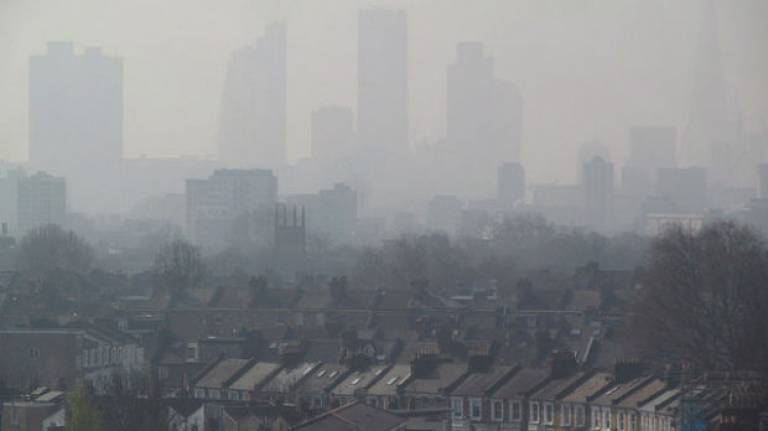 "Air pollution could be responsible for 60,000 cases of dementia in the UK," reports the Mail Online, which goes on to say that "people exposed to dirty air are 40% more likely to get the disease".

Researchers looked at what happened to almost 140,000 people aged 50 to 79, registered with GP practices in London. They compared the pollution levels recorded near people's homes in 2004, then followed people up from 2005 until 2013.

During the study follow-up period, 2,181 people got dementia, which equates to 1.7% of the participants.

The researchers found that people living in areas of London with the highest levels of nitrogen dioxide (which is a by-product of traffic emissions) had an increased chance of getting dementia, compared to those living in areas with the lowest levels.

The study did not show that air pollution caused the increased risk of dementia. The causes of dementia are poorly understood and it's likely that several factors contribute to the risk. However, if air pollution does contribute even a small amount to dementia risk, it could have serious implications for public health.

Find out what we already know about cutting your risk of dementia in older age.

Where did the story come from?

The study was carried out by researchers from St George's, University of London, King's College London and Imperial College London.

The reports in the UK media were mainly balanced and accurate. However, only The Guardian and The Independent included the absolute numbers of people who got dementia, which was relatively small (less than 2% of the total population studied). Not all the reports made it clear that the 40% increased risk applied only to people living in the areas with the top 20% of nitrogen dioxide pollution, when compared to those in the areas with the lowest 20%.

What kind of research was this?

This was a retrospective cohort study. This type of observational study is good for finding links between factors – in this case, air pollution and diagnosis of dementia.

However, it cannot prove that one factor directly causes another. Other factors could be involved. For example, the most polluted areas of London may also be the most deprived, and we know deprivation can increase risk of dementia. While the researchers attempted to adjust their figures to account for deprivation at a population level, this may not have been accurate enough to capture people's actual levels of deprivation.

What did the research involve?

They linked patient records of 130,978 adults aged 50 to 79 to data on air pollution taken from monitoring sites closest to their postcodes. The pollutants monitored included nitrogen dioxide, particulate matter (tiny sooty particles that can find their way into the airways and lungs) and ozone. They also used traffic density measures to assess noise pollution.

The researchers looked at pollution data from 2004, and patient records from 2005 to 2013. People were not included if they had been with their GP less than a year, already had dementia, or were living in a residential care home. The researchers followed people up until the end of the study, or until they had a dementia diagnosis or had died or moved away from the practice.

There are many potential confounding factors for dementia, which makes taking account of them challenging. Where possible, the researchers adjusted their figures to take account of information about people's:

They also looked at the relationship between different types of pollution, such as noise pollution and air pollution.

What were the basic results?

During the study follow-up period, 2,181 people got dementia. That equates to 2.4 people in every thousand, each year, or 1.7% of people over the whole study period. Nitrogen dioxide was most strongly linked to risk of dementia diagnosis, followed by particulate matter related to traffic.

Other types of pollution were less strongly linked to dementia diagnoses.

The researchers calculated that, if all people in the study were exposed to the same levels of nitrogen dioxide as those in the least polluted areas, around 7% of cases of dementia might have been avoided or delayed.

How did the researchers interpret the results?

The researchers say their findings "add to a growing evidence base linking air pollution and neurodegeneration [nerve cell damage]". They say that, if their findings hold true, even the relatively small 7% reduction in dementia cases they theorise might be possible "would have significant public health gains even if the impact was only to delay the progression of dementia".

With people now living longer, dementia is becoming an ever more common disease. It is not only distressing for the people affected and their families, but it is likely to put increasing strain on health and social care services as the numbers of people living with dementia rises.

Because of this, research into the possible causes of dementia – and any potential ways to reduce risk of the disease – is increasingly important. We already know some of the things that affect risk, including age, genetic predisposition, weight, blood pressure, smoking, exercise and alcohol consumption. This new research suggests air pollution could be another factor increasing risk.

There are many limitations to this study, which reflect how difficult it is to do this type of research.

The researchers argue that the actual rate of dementia in London (and other cities) may be higher than the "official" level of diagnosed and confirmed cases. This could be due to several reasons, such as some GPs being reluctant to diagnose dementia due to stigma. People living in less deprived areas are less likely to be diagnosed with dementia than those in more deprived areas, which makes it difficult to isolate the specific effect of exposure to air pollution.

The researchers acknowledged that information about individual patients was limited; such as their level of education, personal level of deprivation, exposure to passive smoking or pollution at work. Finally, the pollution levels were measured only once, at the start of the study, so we don't know about people's lifetime exposure to pollution.

These limitations mean we cannot say for sure that pollution causes dementia. However, the study findings are important. If air pollution does increase dementia risk, measures to reduce pollution could have a big impact on the overall numbers of people getting dementia each year. And we already know that air pollution worsens heart and lung health.

While more research is needed to explore the link with dementia further, it seems sensible for governments to continue efforts to reduce air pollution, particularly in the worst polluted areas.

You may not be able to do much about the pollution levels where you live, but there are things you can do to reduce your chances of dementia. Read more about reducing your risk of dementia.