Vitamin E could help prevent death caused by heart failure in patients who suffer from a rare neurological and cardiac disorder, a new UCL-led study has found. 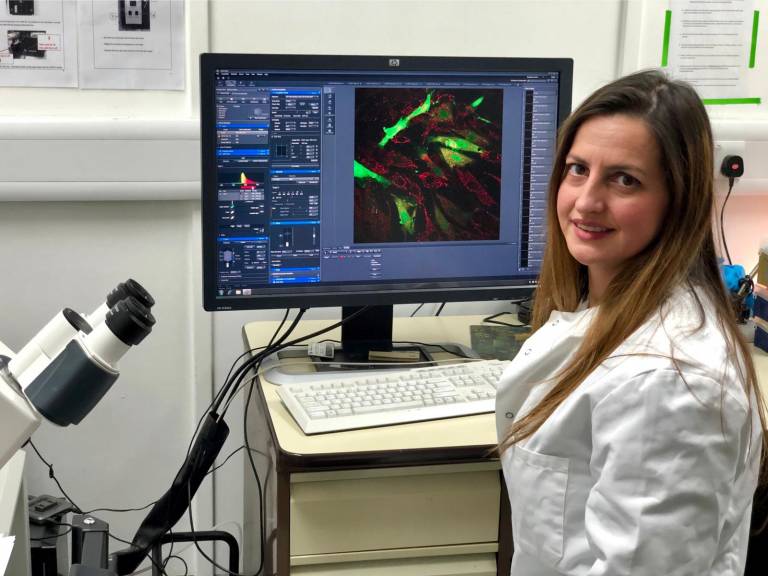 Researchers at the Ataxia Centre, UCL Queen Square Institute of Neurology, found vitamin E which is commonly known for processing fat and proteins in the body may be the key to slowing the progression of Friedreich’s Ataxia cardiomyopathy, a deadly disease which currently has no treatment or cure.

Friedreich’s Ataxia is a neurodegenerative inherited condition affecting also the heart of patients, for this they experience chest pain, shortness of breath, palpitation and fainting.

In patients who carry this condition, heart failure accounts for 85% of deaths, whilst the majority of patients are wheelchair users in their twenties.

In the first scientific study of its kind, researchers at the Ataxia Centre tested the ability of vitamin E to restore calcium balance caused by excess oxidative stress in Friedreich’s cardiac cells. Previous research shows that altered calcium balance in relevant cells seem to contribute to the disease and most frequent cause of death.

“Our research found that by detoxifying the oxidative stress with vitamin E, calcium stability is maintained – aiding the normal function of the heart cells,” said Professor Giunti, co-lead author and Head of the Ataxia Centre.

Interestingly, the research project which was carried out in cellular models of Friedreich’s ataxia also revealed that these findings were similar to the ones found in conventional heart failure.

Dr Abeti said the research project highlights the importance of conducting studies in rare conditions, as the results could lead to serving a larger population of people affected by more common conditions.

“I am excited to see that the success of our dedication and focus in understanding the basic physio-pathological mechanisms in a rare condition could also potentially be exploited in more conventional heart failure.” Dr Abeti, co-lead author, Ataxia Centre, Department of Clinical and Movement Neurosciences, UCL Queen Square Institute of Neurology

"These results form the evidence base to consider a new trial focused on cardiomyopathy in Friedreich’s Ataxia" Professor Tony Schapira, Head of the Department of Clinical Movement Neurosciences, UCL Queen Square Institute of Neurology

The research project was partly funded by Ataxia UK, FARA, GOfar and is published in the Frontiers in neuroscience.