No proof that 'daily bursts of exercise' can prevent dementia

This article has been reproduced from NHS Choices. 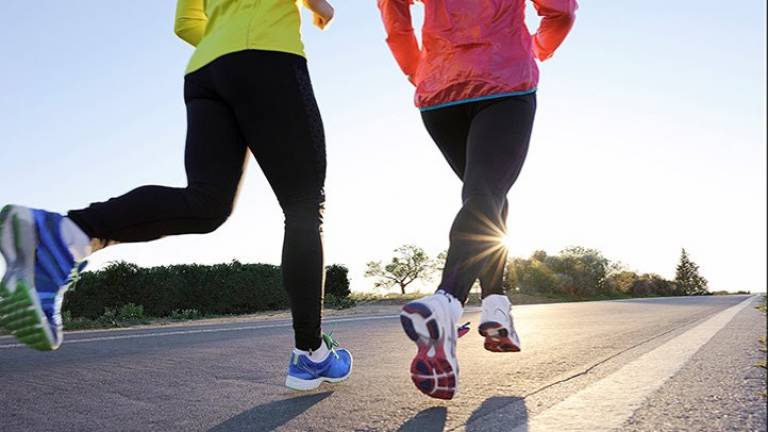 "Dementia can be beaten with 10-minute bursts of daily exercise," is the overly optimistic headline in the Daily Mirror.

The claim is prompted by a small study from researchers in Japan who recruited 36 healthy young adults and asked them to do 10 minutes of gentle exercise on an exercise bike. They then gave the participants a memory test.

This involved showing them around 200 photos and then making them watch a short film. After the film, they were shown another set of photos and asked which ones were the same, similar or different to the ones they'd seen before.

The researchers found that people were better at identifying the photos when they'd done 10 minutes of exercise beforehand compared with a control group who didn't exercise before the memory test.

The researchers also performed brain scans on 16 of the participants which showed that exercise seemed to improve brain activity in the hippocampal region of the brain. This region plays an important role in storing information in our long-term memory.

Though the health benefits of exercise are well known, this particular study cannot tell us much about whether daily bursts of exercise will help reduce the risk of dementia.

Read more about the benefits of exercise and how much physical activity you need per week to stay healthy.

Where did the story come from?

The study was carried out by researchers from University of Tsukuba in Japan. It was funded by the Special Funds for Education and Research of the Ministry of Education, Culture, Sports, Science, and Technology; the Japan Society for the Promotion of Science; the US National Institutes of Health; and the Center for Exercise Medicine and Sport Sciences at the University of California.

The study was published in the peer-reviewed scientific journal PNAS.

The Daily Mirror's headline was misleading. This was a small study that involved healthy young adults with no history of memory problems. It is hard to see how the modest benefits to memory that the researchers found could be taken as proof that they found a way to "beat dementia".

What kind of research was this?

This was an experimental study that aimed to look at the effects a short bout of exercise can have on areas of the brain involved with memory.

Prior research had shown that when mice exercise on a treadmill there is a link with development of nerve pathways in the hippocampus, which plays a role in learning and memory.

The researchers wanted to see if there would be a similar effect in humans. However, as a brief experiment in a small number of people with no follow-up, this study cannot show whether exercise improves memory in the long term or that it prevents dementia.

What did the research involve?

The study involved 36 healthy young adults (average age 21), 20 took part in the first experiment and 16 in the second.

In the first experiment, participants did 10 minutes of gentle exercise on an exercise bike.

They were then given a memory test which had 3 parts:

On another day the participants did the same tests but they just sat on the exercise bike for 10 minutes without doing any exercise. In this way they acted as their own control.

The second experiment involved 16 participants doing the 10 minutes of exercise followed by the memory test, but in addition, they were given a functional MRI (fMRI) scan of the brain after exercising and before doing the memory test. fMRI scans look at changes in blood flow inside the brain that are related to areas of brain activity.

What were the basic results?

The researchers found that 10 minutes of gentle exercise improved the participants' ability to tell which images were similar to those they had seen before. The second experiment showed that exercise boosted brain activity and nerve connections in the hippocampus.

How did the researchers interpret the results?

The researchers suggest that their findings show "a mechanism by which mild exercise, on par with yoga and tai chi, may improve memory". They say that future studies should test the long-term effects of regular mild exercise on age-related memory loss.

As such it cannot tell us:

That said, regular exercise has many benefits for health and wellbeing and may protect against many long-term illnesses. Adults are advised to do at least 150 minutes of moderate intensity exercise each week, with strengthening exercises on 2 days a week.