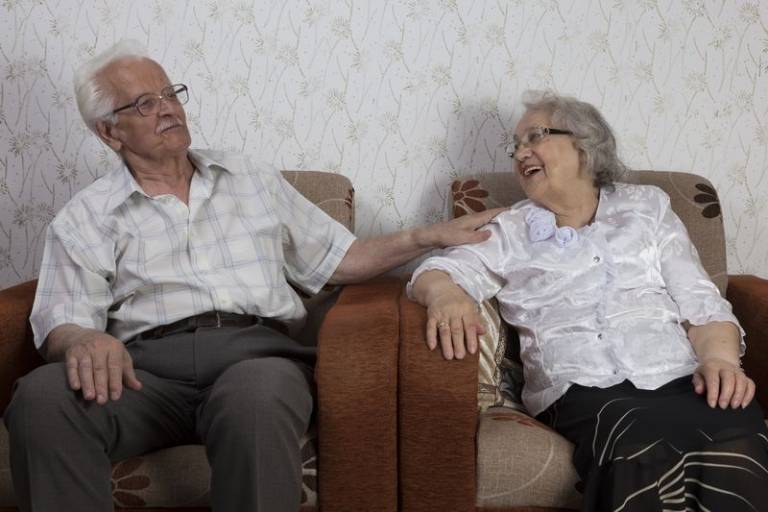 Parkinson’s disease (PD) is the second most common neurodegenerative disorder, affecting approximately 1.2 million people across Europe. PD is a complex condition, and as patients progress in the course of their disease, their care and medical needs become more complicated, multifaceted and costly. However, there is currently little available information about the clinical management of people with advanced Parkinson’s, the effectiveness of available treatments and the associated costs for the individual and for healthcare systems. The Care of Late-Stage Parkinsonism (CLaSP) study, led by MDC researcher Prof. Anette Schrag, is a collaboration between researchers from six European countries. The study aims to examine the health and social care needs of patients with advanced PD and their carers, available health care provision and costs to society. The study will include questionnaires and interviews with patients and their carers, and researchers will follow-up participants over several years. Some participants will also be invited to take part in an interventional part of the study, in which the researchers will evaluate the impact of assessments and care guidance made by a specialist for people with late stages of Parkinsonism. Outcomes of this study will inform how best to provide effective and cost-effective health and social care for this severely affected patient group and contribute to improved practices for clinical care.

Finding the Prodromes of Parkinson’s disease

Parkinson’s Disease (PD) is formally diagnosed when patients experience clear and consistent motor signs, such as slowed movement, stiffness or tremor, with consideration of additional supporting indications. However, patients often report having had symptoms for years before the diagnosis and indeed, pathological studies indicate that the biological processes underlying the disease, i.e., changes and loss of neurons in the brain, also likely gradually develop over 5-10 years prior to diagnosis. In this article, the researchers review the evidence for a Parkinson’s “prodrome”: a set of characteristic features and symptoms which are indicative or predictive for a future onset of PD. The researchers describe prodromal features of PD and discuss ongoing studies to detect prodromal PD in the general populations. A better definition of the prodrome of PD, both in the general population and among high-risk groups, will improve our understanding of the underlying disease pathology and will enable new treatment options to stop or slow its progression.
MDC researchers, led by Prof Anette Schrag are currently leading the largest-ever pioneering study to identify and define prodromal indications for Parkinson’s in the general population. The PREDICT-PD study recently launched a national campaign to recruit 10,000 healthy individuals to take part in this work. For more information on PREDICT-PD and how to join the study visit https://predictpd.com.

Dystonia is a syndrome characterized primarily by excessive muscle contractions giving rise to abnormal posture and involuntary twisting movements. While dystonia was formerly considered a disorder of movement, it is now recognized that dysfunction in the brain mechanism responsible for processing somatosensory information (i.e., touch) constitutes a major part of the disorder. A team of researchers, led by MDC investigator Prof. Kailash Bhatia, have previously shown that applying mild repetitive electrical stimulation through electrodes placed on the surface of the skin can improve sensory processing in healthy individuals. In the current study the researchers sought to explore whether a similar pattern of stimulation could help normalize sensory integration in dystonia patients. The researchers used a combination of neurophysiological methods to evaluate sensory and motor integration and neural processing. They discovered an unexpected and paradoxical response to the experimental procedure in patients with dystonia: patients had the opposite behavioral and physiological effects to those observed in the healthy group. Instead of showing improvement, the patients’ already-impaired sensory processing was made even worse by repetitive stimulation and this impairment was observed even in non-dystonic body parts. The researchers outline a likely neural mechanism accounting for these results and discuss their implications for our understanding of the pathophysiology of dystonia.

Tics such as those encountered in Tourette syndrome (TS) are movements or sounds that resemble voluntary actions, but are repetitive, often exaggerated, and not contextually appropriate. Despite their involuntary nature, patients can consciously suppress tic expression, albeit only temporarily. In the current study, researchers used a combination of neurophysiological methods to uncover the changes in neural activity (in the brain area primarily responsible for movement) associated with tic suppression. The researchers found that successful suppression of tics was associated with reduced excitability of the primary motor cortex, and discuss these findings in the context of the neural mechanism underlying motor tics.