We are delighted to announce that Professor Mary Reilly is now the first ABN President from 2017-2019. She was President elect from 2015-2017.

Professor Reilly has been a consultant Neurologist at Queen Square since 1998 and was promoted to Professor of Clinical Neurology at UCL in 2010.

She is head of the Division of Clinical Neurology and Co-Director of the MRC Centre for Neuromuscular Diseases in the Department of Molecular Neurosciences at UCL Institute of Neurology. She is internationally recognised for her expertise in research and clinical practice related to peripheral nerve diseases. 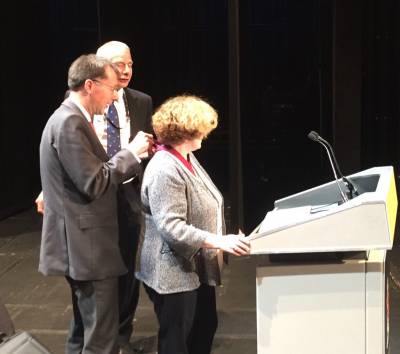 The Association of British Neurologists (ABN) was established 83 years ago in 1932; Professor Reilly is the first ever female President. Professor Reilly originally came to Queen Square to undertake research with Professor Anita Harding in 1991.