The Jay Van Andel Award for Outstanding Achievement in Parkinson’s Disease Research was established to honour the memory and contributions of the Van Andel Institute’s founder. 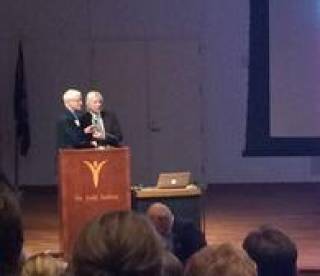 Professor Lees has achieved international recognition for his work on Parkinson’s disease and abnormal movement disorders and was elected President of the Movement Disorder Society (2004-2006). In 2006, he was awarded the Movement Disorders Research Award by the American Academy of Neurology.

The Van Andel Institute is an independent research organization dedicated to preserving, enhancing and expanding the frontiers of medical science, and to achieving excellence in education by probing fundamental issues of education and the learning process. This is accomplished through the work of over 200 researchers in more than 20 on-site laboratories and in collaborative partnerships that span the globe.