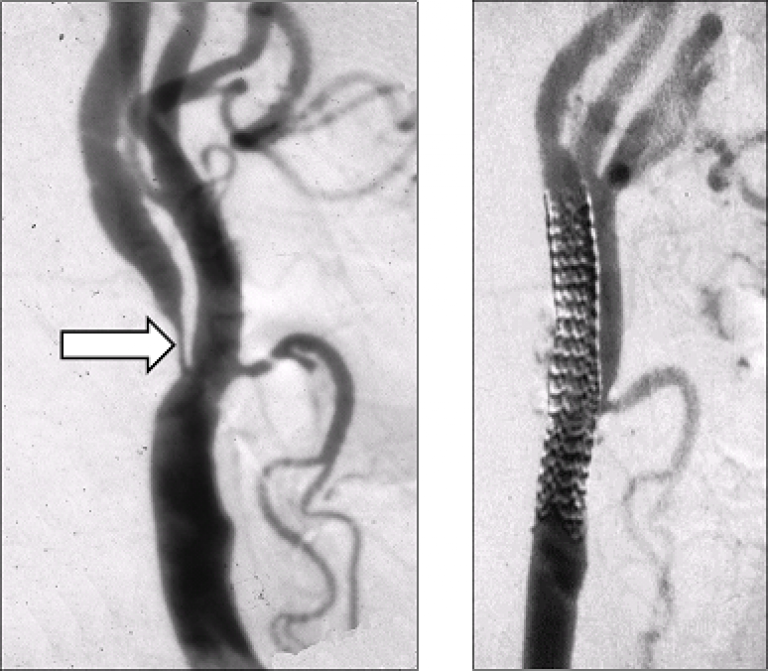 A paper highlighting early results from the International Carotid Stenting Study (ICSS), a UCL-led multi-centre clinical trial which compared two treatments for carotid narrowing was recently listed in the Lancet as one of their ten most cited papers in 2010-2011. Narrowing of one of the carotid arteries in the neck (stenosis), which supply blood to the brain, is one of the major causes of stroke and is usually caused by deposits of fat in the wall of the artery, known as atherosclerosis.

This ICSS study, led by UCL Institute of Neurology’s Martin M Brown, Professor of Stroke Medicine and organised by the Institute’s Stroke Research Group, compared treatments designed to prevent stroke resulting from narrowing of the carotid artery in the neck. Early results of the trial showed that the traditional surgical treatment of the carotid arteries (endarterectomy), which removes the fatty deposits altogether via an incision in the neck, was safer than the newer treatment of carotid stenting, in which a wire mesh stent is inserted across the narrowing after being threaded up through the artery from a small incision in the groin.

The trial included 1713 patients, who had recently had a stroke or transient ischaemic attack (“mini stroke”) caused by carotid narrowing (carotid stenosis), recruited from 50 centres in the United Kingdom, mainland Europe, Canada, Australia and New Zealand. Half the patients were randomly assigned to treatment by stenting, and half to treatment by surgery. The paper published in the Lancet in 2010 reported the results of ICSS after the patients had received their treatment and been followed up for 120 days. The trial showed that stenting avoids the wound complications associated with an incision in the neck, but stenting caused more minor strokes at the time of the treatment than surgery. The authors of the paper concluded that carotid endarterectomy should remain the standard treatment of choice for symptomatic patients with severe carotid stenosis suitable for surgery, but noted that stenting was likely to be better than medical treatment alone if patients were unsuitable or unwilling to have surgery.

The ICSS results have been incorporated into National Institute for Health and Clinical Excellence (NICE) guidance on the treatment of carotid stenosis. NICE noted one key issue is the effectiveness of stenting at preventing long-term stroke. The ICSS investigators have continued to follow up the patients in the trial and will be publishing their long-term results later in the year, and this will provide further information on how well stenting prevents stroke compared to endarterectomy.

The trial was funded by research grants from the Medical Research Council UK, the Stroke Association, and the European Union.

Paper in Lancet describing the early results of ICSS

Information for patients on carotid stenting published by NICE