Schools across England lack the resources and training to teach pupils how to reject and discuss dangerous extremist views and ideologies according to a major new study by UCL Institute of Education (IOE) researchers and commissioned by education charity SINCE 9/11. 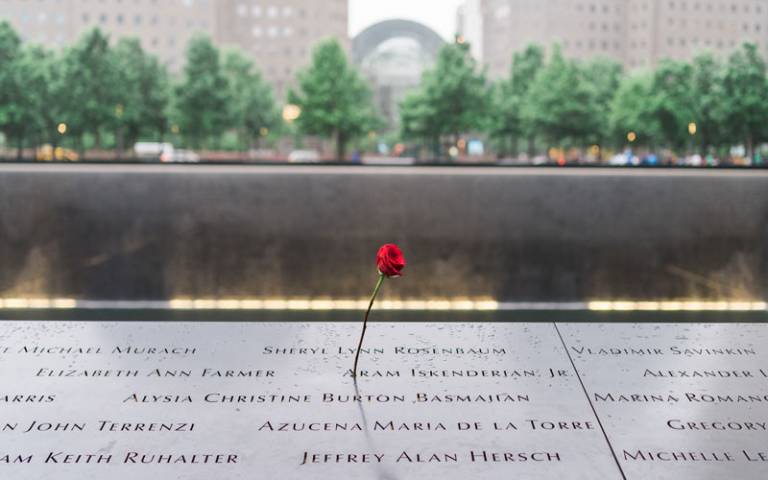 The research, published just days before the 20th anniversary of 9/11, reveals that extreme views such as racism, misogyny and homophobia are widespread in classrooms across the country.

The authors note that the findings come amid warnings from police of a rise in the number of children being radicalised by neo-Nazi and other extremist groups and the report not only looks at violent extremism but ‘hateful extremism’ (homophobic, misogynistic and racist attitudes and behaviours).

The Addressing Extremism Through the Classroom report, co-authored by a team of academics from the IOE found that teachers are not being given the time, training or resources to teach pupils about violent and ‘hateful’ extremism and that schools believe instead that the Government expects them to focus on seeking out and reporting pupils who are thought to be at risk of radicalisation.

The study found that due to an already crammed curriculum, teaching about extremism in UK schools is "highly variable", and in some cases "superficial" and "tokenistic".

While much anti-extremism work in schools is "well-meaning", the study argues, it is "stymied by overcrowded curricula, a lack of resources, a desire to perform policy for Ofsted and a mandate to detect and report vulnerability to radicalisation rather than necessarily stamp out its root causes".

As part of the study, the researchers talked to 96 teachers in schools in England. Teachers expressed concern at the rise in pupils looking at hateful content online. More than half the teachers had heard pupils express far-right extremist views in their classroom, while around three-quarters had heard “extremist views about women” or Islamophobia. Almost 90% had heard conspiracy theories, such as that American business magnate Bill Gates “controlled people via microchips in Covid vaccines”.

The study also found that many teachers do not talk about extreme views in the classroom out of fear that they will “get it ‘wrong’, especially on matters related to race”. Overall, nearly all teachers reported feeling at least ‘somewhat confident’ in dealing with extreme views when encountered, however, a fifth of teachers felt only ‘somewhat’ or ‘not at all’ confident in dealing with conspiracy theories and far-right extremism.

Dr Becky Taylor (IOE’s Centre for Teachers and Teaching Research) said: “This report shows that some schools fail to move beyond surface-level explorations of violence, extremism and radicalisation, however it is without doubt that schools can play an important role. In addition to having set policies and programmes designed to address discrimination, many schools already have supplementary messaging in schools and classrooms to enhance students’ resilience and self-confidence. Education policies must consider the fact that some schools may need more help than others to build on what they already have in place.

“Engaging well with their local communities and ensuring that schools and teachers are supported and appropriately resourced can help young people to problematise ‘hateful extremism’.

“We are convinced that teachers need to be able to bring their own pedagogical expertise to the classroom, enhanced through appropriate professional development, to ensure their classrooms are safe environments for open discussion.”

Kamal Hanif, a trustee of SINCE 9/11 and an expert on preventing violent extremism in schools, said: “This research is a wake-up call for us all. We must make sure that every pupil is taught how to reject extremist beliefs and ideologies. We urgently need to equip schools with the tools to teach pupils how to reject extremist views. Dangerous ideologies must never be swept under the carpet.

“The findings of this study are particularly pertinent as we approach the 20th anniversary of 9/11. Children in school today were not yet born when the attacks took place. Indeed, many of their teachers were themselves only children at the time. It’s vital that we all learn about the attacks themselves and their ongoing impact.

“We know that right now, extremists are trying to lure young people into a world of hatred and violence, both online and in person. We must use the power of education to fight back and help young people stand up and reject extremism and violence. We need far more clarity from government about the need to have time in the curriculum for frank and open discussions about extremism.”

Janice Brooks, who escaped from the 84th floor of the South Tower of the World Trade Center and works with SINCE 9/11, said: “9/11 was the worst terrorist attack in history. Whilst over 2,600 of the victims were Americans, over 90 nations lost citizens, including 67 British victims. While it took place on American soil, it was the single largest loss of life of UK citizens in a terror attack.

“Classrooms must be safe places in which young people can explore sensitive and controversial issues. Clearly, the burden of teaching about extremism is not on teachers alone, addressing extremism is everybody’s business.”

The study calls for teachers to be given better training to lead frank and open discussions in the classroom about extremism so that they can teach pupils how to reject - and respond to - dangerous ideologies.

The full findings of the report will be discussed at the launch on Tuesday 7 September. The event will be chaired by Professor Becky Francis, CEO, Education Endowment Foundation, and speakers include Professor Martin Mills and Dr Becky Taylor from the Centre for Teachers and Teaching Research and Dame Sally Coates on behalf of SINCE 9/11.

SINCE 9/11’s commissioned research comes ahead of an event on September 11 to mark the 20th anniversary of the terrorist attack at which the Prime Minister Boris Johnson will give an address. He will be joined by leading figures from education and government, including the historian Sir Simon Schama and Sir Richard Dearlove, the former head of MI6, and UCL President and Provost Dr Michael Spence. Survivors of 9/11 will also join the event.