Staff and students from WEISS shared their research with pupils at Petchey Academy in Dalston. 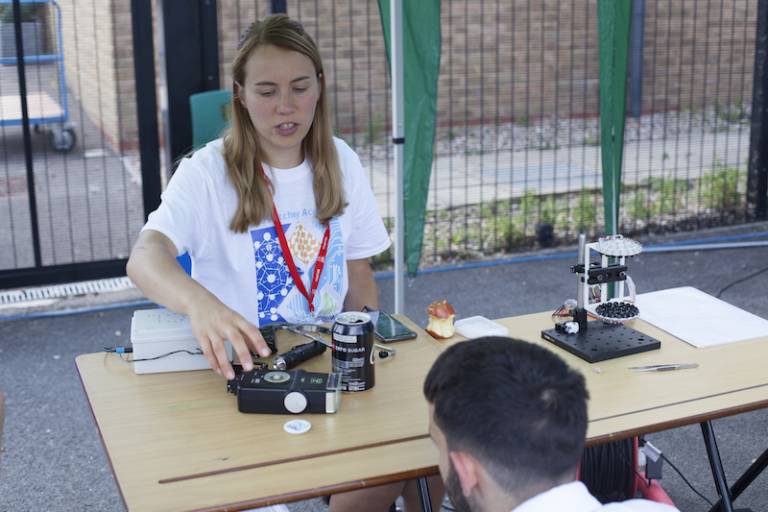 Over the past academic year, Petchey Academy pupils and UCL Culture’s Schools Engagement Team, with fantastic support from UCL students Maisha Hussain and Tyra Enchill along with Dr Daniil Nikitichev from the UCL Department of Medical Physics and Bioengineering, have worked together to design a jumping robot inspired by the kangaroo skeleton at the UCL Grant Museum of Zoology. The project, which has been made possible with funding support from The Ogden Trust, has also seen the participants build a 3d printer, which will eventually print the parts for the kangaroo robot. The Petchey Academy Science Festival emerged as part of this project and showcased their hard work and innovation. The fun and educational event was aimed at encouraging young people to engage with the world of science through interactive activities.

The festival took place on the 16th July at Petchey Academy and saw students, parents and members of the local community enjoying a free interactive show from the science museum in the auditorium before venturing outside to the fair where they got to engage with UCL volunteers, Petchey pupils and external partners in a number of experiments, demonstrations and displays. 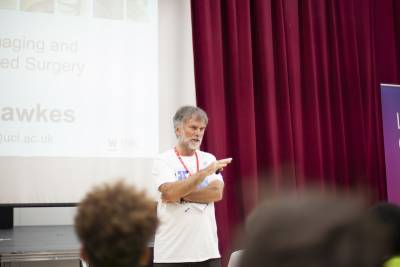 Staff and students from the UCL Faculty of Engineering Sciences, Medical Physics and Biomedical Engineering, and UCL Institute of Archaeology ran interactive stalls which demonstrated aspects of their work, such as research into the craters on the moon. The Petchey Academy robotics team showcased their robot ‘The Beast’ which was designed and built for the annual international FIRST Robotics competition in New York. There were also a number of activities that visitors could take part in such as keyhole surgery and reconstructing fragments of a replica skull dug up during an archaeological dig. 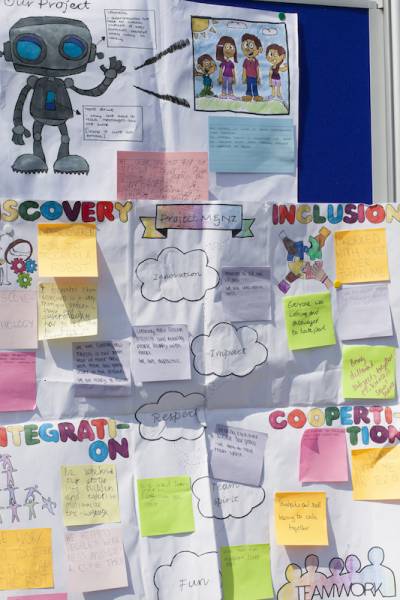 Before the event, I ran after-school workshops where I helped the kids build a 3D printer to learn about robotics. They presented their results at the festival. I love seeing kids learn something new. - Dr Daniil Nikitichev, WEISS researcher“

The project and festival came about as a result of UCL Culture’s Bio-Robotics and Animal Movement project – a free project for state schools from east London that encourages students to engage with Science, Technology, Engineering and Mathematics, through exploring the links between robots, computer programming and animal movement.

A version of this article was originally published by UCL East.