UCL scientists will use space technology to fight bowel cancer

Space technology could improve the early detection and diagnosis of bowel cancer. 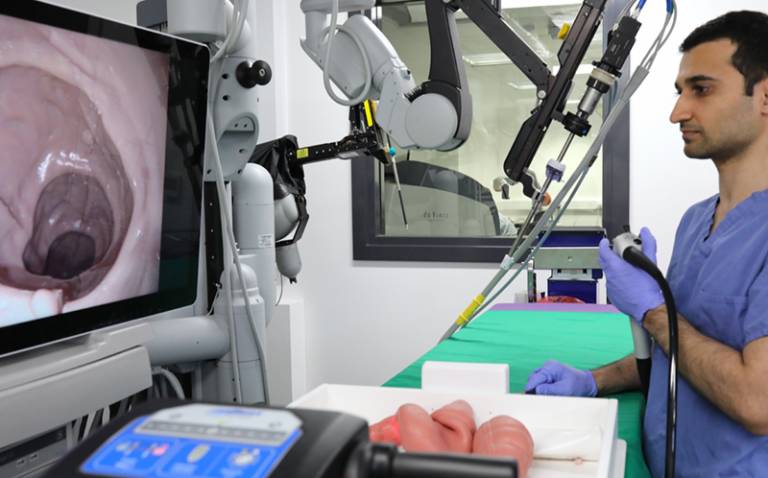 The team behind Odin Vision were featured on this morning’s BBC Breakfast show. You can watch the coverage here in this six-minute segment (begins at 2 hours 10 minutes). 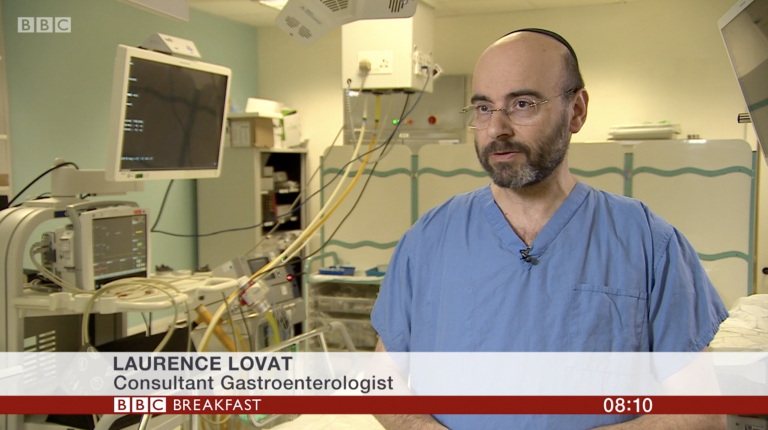 The Early diAgnosis Real-Time Healthcare System for CANcer (EARTH SCAN) project will use secure, high-speed satellite communications with bespoke space compression software to create a cloud-based AI system that can support doctors in their decision making. Through the use of space technology, the system can be deployed anywhere on earth enabling patients to receive a consistent, high level of care.

“We are moving into a new era of healthcare where Artificial Intelligence (AI) will support doctors to identify and diagnose cancer faster and more effectively.

“The EARTH SCAN project is an exciting opportunity to use satellite technology to bring this AI support to doctors in real-time. Real-time support means doctors can make immediate decisions regarding treatment and patients can receive the results of their scan straight away instead of waiting weeks” says Peter Mountney, CEO of Odin Vision.

Prof Danail Stoyanov (UCL Computer Science and Deputy Director of WEISS, UCL), agrees “The EARTH SCAN project has incredible potential to impact bowel cancer patients across the globe. The use of satellite technology originally developed for space will connect clinics and hospitals anywhere to the cloud. This means that the AI system we have developed could be deployed as effectively in rural, low-resource communities as in leading specialist hospitals.”

Prof Laurence Lovat (Honorary Consultant Gastroenterologist, UCLH and Clinical Director of WEISS, UCL) says "The AI system aims to support clinicians in the early detection and diagnosis of cancerous polyps. Earlier intervention has a vital impact on improved survival rates for bowel cancer patients and may save many lives.”

The EARTH SCAN project will reduce the time it takes to bring this space technology, cloud-enabled AI to patients. A clinical trial at University College Hospital (UCH) is planned in the next year. 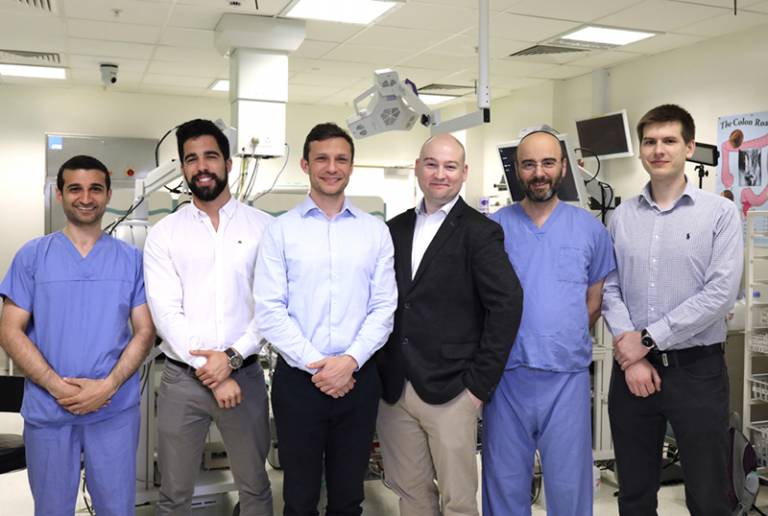 The academic research for the project will be carried out in the Wellcome / EPSRC Centre for Interventional and Surgical Sciences (WEISS) at UCL, where the Odin Vision team are situated as Entrepreneurs in Residence. The fundamental research underpinning the AI system was developed there with the funding support of the European Commission Project (Endoo EU Project-G.A. No.: 688592).

The £1 million grant was awarded by the UK Space Agency to mark the 70th birthday of the NHS. The Odin Vision project was funded alongside other health technologies inspired by working in space. The other projects will develop systems that provide rural high-speed internet and freedom from air pollution. The full UK Space Agency announcement can be read here. 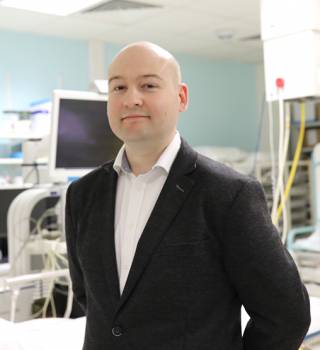 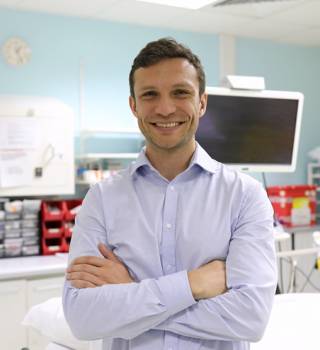