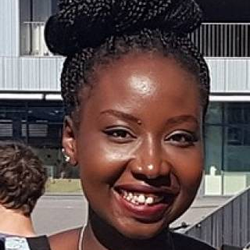 Sephora joined the Institute for Communications and Connected Systems (ICCS) at UCL as a PhD student in September 2017. Prior to joining UCL, she attended the Swiss Institute of Technology in Lausanne (EPFL) where she earned her BSc and MSc degrees in Communication Systems.

From September 2016 to August 2017 she was a visiting student in the Computer Science department at ETH Zurich, Switzerland and between June and September 2016 she completed an internship within the Machine Learning group at Data61 CSIRO in Canberra, Australia.

From May 2018 to August 2019 she completed an internship at IBM Research in Dublin.
Two further internships have followed with Google Research in Zürich, between August and  November 2019 and DeepMind in London, from December 2019 to April 2020.

Her research interests lie in the field of machine learning. She is more specifically interested in sequence modelling and decision making using reinforcement learning and deep learning techniques.

Her current work focuses on developing novel reinforcement learning algorithms able to be data efficient in large-scale networks such as communication, transportation and electric networks.