Prof Griffiths appointed Officer of the Order of the British Empire

Many congratulations to Professor Hugh Griffiths, who has been recognised for services to Engineering in the 2019 New Year’s Honours list. 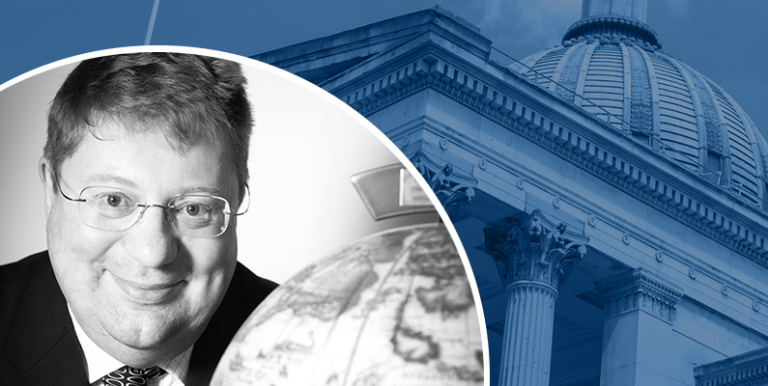 Professor Hugh Griffiths has been appointed an OBE (Officer of the Order of the British Empire) for services to Engineering in the New Year's Honours list.

Professor Griffiths OBE is recognised as a world leader in the subject of bistatic radar. He has pioneered the development of bistatic radar and advanced the theory and implementation of passive radar which are evidenced by successful experimentations, large volume of highly- cited papers, and recognition by the Royal Academy of Engineering Chair, the IET A F Harvey Prize, and the IEEE Picard Medal.

He currently leads a research programme to measure the bistatic radar signatures of sea clutter and targets. He has led research on waveform diversity, cognitive radar, spectrum engineering, drone detection, and ground penetrating radar for landmine detection, within impacting international organisations such as NATO.

“I am thrilled at this honour, which recognises the importance of our work at UCL, and I am hugely grateful to all of the engineers and scientists who I have worked with and learned from over the years.

It is fantastic to see Prof. Griffiths awarded with an OBE in the Queen’s New Year’s Honours list and to have his achievements and services to engineering recognised in this way.

His research has allowed the design of greatly improved radars for a wide range of applications including air traffic control, geophysical remote sensing, defence and security.

It is a great way to end 2018 – the Government’s Year of Engineering - and celebrate the vast contribution engineering and technology makes to advancing the world around us for the benefit of society.
“

He was educated at Keble College, Oxford University, where he received an MA degree in Physics. He received a PhD in 1986 and a DSc(Eng) in 2000 from the University of London.  He has worked at University College London since 1982, serving as Head of the Department of Electronic and Electrical Engineering from 2001 to 2006 and is a member of the Institute of Communications and Connected Systems.

Information on other members of UCL recognised in the awards can be found on the UCL news page.