Kriszta Eszter Szendroi (UCL Linguistics) and Lily Kahn (UCL Hebrew & Jewish Studies) have recently been awarded an AHRC grant of £681,756 for a three-year project on contemporary Hasidic Yiddish. The overarching aim of the project is to provide the first in-depth description of the grammatical and sociolinguistic features characteristic of the Yiddish used by Hasidic communities worldwide, and an analysis of their implications for linguistic theory. - 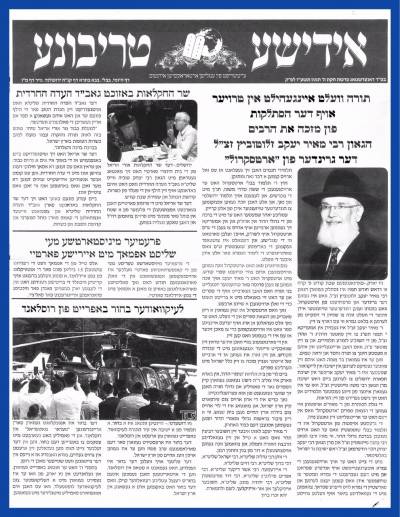 Yiddish, the traditional language of Eastern European Jews, had around 10-12 million speakers before World War II, but is today considered an endangered language. However, it remains the everyday language of around 700,000 Hasidic Jews globally, with major centres in New York, London, Antwerp, Jerusalem, and Bnei Brak. Present-day Hasidic Yiddish exhibits striking linguistic differences from the traditional pre-war Eastern European dialects of the language and from the standardised variety, which is based largely on the Lithuanian dialect. Nevertheless, despite the intriguing differences in its structure, and its central role in the contemporary Yiddish world, very few studies exist on Hasidic Yiddish language use, and none offer detailed grammatical descriptions.

The AHRC project seeks to address this situation by conducting an in-depth study of Hasidic Yiddish worldwide. It builds on a pilot study on the grammar of Stamford Hill Hasidic Yiddish that we have been working on over the past two years, which revealed a number of characteristics that differ dramatically from other forms of Yiddish, demonstrating that this is a distinct variety of the language with its own rules. In the pilot study, we discovered an interconnected web of grammatical changes strongly suggesting an implicational relationship between them. The rate at which this grammatical shift occurred was so rapid (within the space of a single generation), and so pervasive (changing the very structure of the language) that it constitutes a remarkably rare phenomenon.

The project will expand on these findings by collecting data on the spoken and written Yiddish used in six Hasidic communities (together comprising an overwhelming majority of Hasidic Yiddish speakers) to probe the question of whether the language of these communities constitutes a cohesive linguistic system, Hasidic Yiddish. Our research seeks to address a number of key issues, such as pinpointing the main aspects of contemporary Hasidic Yiddish grammar which differ from the traditional Eastern European dialects of Yiddish and from Standard Yiddish; examining the broader implications for linguistic theory (such as syntactic change in Germanic languages) of these developments; and assessing the position of contemporary Hasidic Yiddish within the broader spectrum of Yiddish dialects.

In addition to these issues, we plan to examine the sociolinguistic context underpinning the intriguing and unusual linguistic development of Hasidic Yiddish, using the Stanford Hill community as a case study. One of the reasons that Hasidic Yiddish has developed so rapidly is because the languages that currently co-exist with it have substantially changed from the pre-War situation, due to the migration of the communities. English (US, UK), French, Dutch (Antwerp), and Modern Hebrew (Israel) are new influences whose effects must be studied systematically. Multilingualism is also relevant because in a multilingual setting speakers often have different levels of competence in their respective languages, which can contribute to rapid language change. Bearing these points in mind, we will investigate speakers' language attitudes, their proficiency, multilingualism, Yiddish language education, and speaker attitudes to the written language.

Our project will be the first in-depth study of the most widely used contemporary variety of Yiddish, and will bring together three distinct linguistic approaches (descriptive, theoretical, and sociolinguistic), in order to create a research setting that allows for a high degree of cross-fertilisation between these different strands of linguistics, which more typically operate in isolation from each other. In addition to linguists and Yiddish Studies specialists, we hope that our research will be relevant to scholars and students of various other disciplines, including Jewish Studies more broadly, as well as Religious Studies, History, and Anthropology.

Over the course of the project, we plan to organise a number of workshops and other public events relating to our research, including a series of social evenings facilitating cultural and knowledge exchange between Hasidic and non-Hasidic people in London, New York, and Tel Aviv. The project will also include two festivals of Yiddish and an academic conference open to the public to celebrate this extraordinary language. 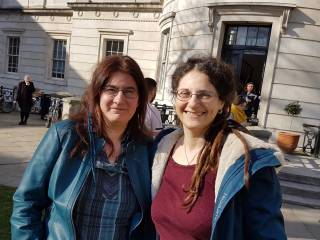 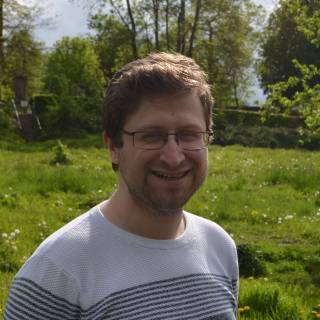 Noah Ley is a native Hasidic Yiddish speaker currently reading Linguistics and Psychology at the University of Edinburgh. Their role in the Hasidic Yiddish project includes interviewing participants and advising on social and linguistic matters concerning the Stamford Hill community. Their specific area of interest in Yiddish linguistics is the cross-comparison of the syntax and lexicon specificities in relation to the local vernacular. Eli Benedict, a native Yiddish speaker, grew up in a Hasidic community in Israel. He is now a manager at the Yung Yidish museum in Tel Aviv, and is active as a dancer and actor. Eli collects primary data for the Hasidic Yiddish project, and contributes to research materials.