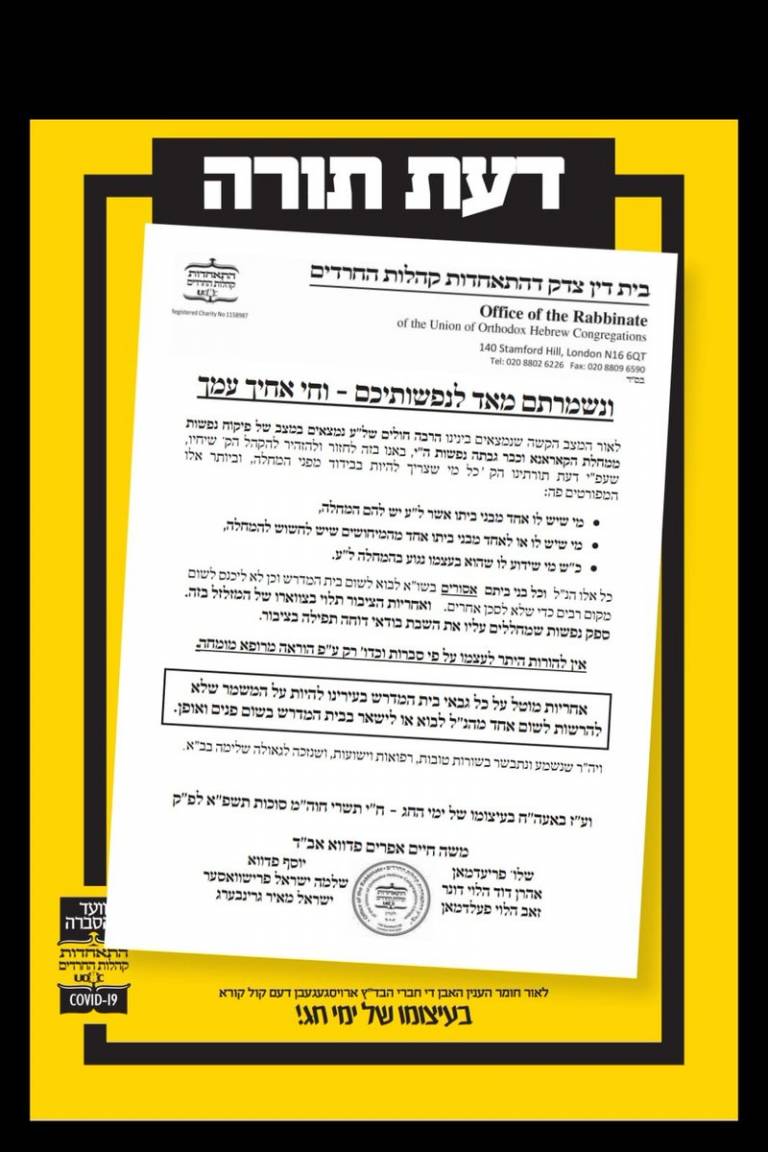 Ashkenazic Hebrew is a unique variety of Hebrew which has a centuries-long history of use as a written language among Jews in Central and Eastern Europe. It exhibits its own characteristic phonological and grammatical features which can be seen in a wide variety of texts composed by Central and Eastern European Jews prior to the 20th century, such as the huge corpus of Hasidic and Maskilic writings from the 18th and 19th centuries.

While the common narrative is that Ashkenazic Hebrew was replaced by the new Israeli norms in the 20th century, in fact, this traditional written variety of the language continues to thrive in contemporary Diaspora Hasidic communities such as those of New York, London, Montreal, and Antwerp. Rather than being restricted to rabbinic writings, this fascinating and understudied form of Hebrew is widely used in the composition of a rich variety of topical text genres, including announcements about Corona virus transmission, the permissibility of Zoom cheyder, lockdown rules, and more. This talk will explore the use and characteristic linguistic features of 21st-century Ashkenazic Hebrew with illustrations from a diverse range of recent Hasidic publications.

Sonya Yampolskaya is a Research Associate in the Department of Hebrew and Jewish Studies at UCL and Acting Head of Department of Hebrew and Jewish Studies at St Petersburg State University. Her main research areas are Hebrew in Eastern Europe and contemporary Hasidic Yiddish. She is currently working on two projects: the first is on Grammar of Enlightenment Hebrew (together with Lily Kahn) and the second one is on the contemporary Hasidic Yiddish in UK (headed by Kriszta Eszter Szendrői and Lily Kahn).

Lily Kahn is Professor of Hebrew and Jewish Languages at UCL. Her main research areas are Hebrew, Yiddish, and other Jewish languages, as well as minority languages more broadly. She is co-editor with Riitta-Liisa Valijärvi of the UCL Press series Grammars of World and Minority Languages and has recently published Jewish Languages from A to Z (co-authored with Aaron Rubin; Routledge, 2020). She is currently writing a grammar of nineteenth-century Enlightenment Hebrew (with Sonya Yampolskaya) and conducting an AHRC research project on contemporary Hasidic Yiddish around the world (with Kriszta Eszter Szendrői).

Eli Benedict, a native Yiddish speaker, grew up in a Hasidic community in Israel. He is now a manager at the Yung Yidish museum in Tel Aviv, and is active as a dancer and actor. Eli collects primary data for the Hasidic Yiddish project, and contributes to research materials.