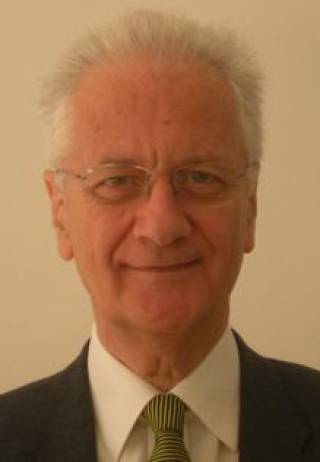 Turlogh O'Brien graduated with a B.Sc in Chemistry from Trinity College, Oxford. He joined Ove Arup & Partners to advise engineers and architects on materials for construction and at the same time lectured on materials at the Bartlett School of Architecture. During his time at UCL he was also a member of Professor Duccio Turin’s research team.

During his long career at Arup, Turlogh had many roles, including leading Arup Research & Development and overseeing a number of the specialist consultancies, including Fire Engineering which he initiated in 1974 with Margaret Law. After stepping down as Deputy Chairman, he was active in the Arup Foundation which funds educational initiatives, particularly focusing on multi-disciplinary studies.

Since leaving Arup, Turlogh has been involved in housing and universities. He was chairman of London & Quadrant Housing Trust, and latterly chair of the Governing Board of Chartered Institute of Housing. He was a member of Council at University of Southampton until 2017. In addition, he has been a member of the Ethics and Governance Council of UK Biobank.

Turlogh has been very involved in institutions and committees relating to construction. He was recently chair of the Construction Industry Council’s After Grenfell Fire Safety Panel, which worked on the changes that are needed in construction to properly address the issues of life safety in ‘higher risk’ buildings.

Turlogh was made a CBE in 1999 for services to research and innovation in construction.