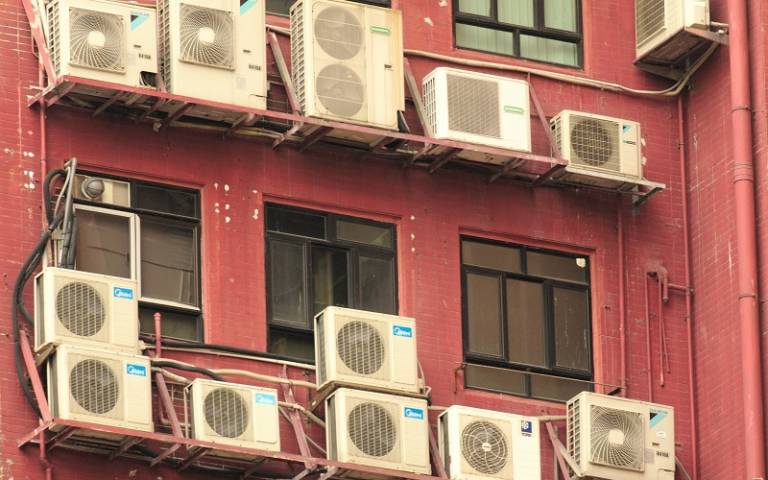 Climate change is very likely the defining challenge of our time. Monumental efforts have been set in motion to keep global temperatures from rising more than 2°C this century. As people around the world attempt to find solutions to this crisis, one area is often overlooked. Cooling, such as air conditioning and refrigeration, is increasingly becoming one of the most pressing issues relating to climate change. Over 4 billion people are currently at risk of life-threatening heat stress because of inadequate access to cooling. Cooling is especially important in the developing world and in Hot Ambient Temperature countries, where a lack of access to appropriate technologies affects essential functions from food supply to health services, economic productivity and conditions of poverty. One in every four vaccines in the world is ruined because it is not cooled properly, which contributes to approximately 1.5 million deaths each year. In the context of the COVID-19 pandemic, the lack of sustainable cold chains for immunisation efforts has emerged as a major issue for many developing countries.

However, meeting the rising demand for cooling could cause devastating harm to the planet. According to some estimates, the use of cooling technologies already accounts for about 10% of total global CO2 emissions. With the number of cooling appliances set to quadruple by 2050, this share is projected to rise dramatically. As the world warms, we are in need of energy efficient cooling technologies that not only save lives but also limit further contributions to greenhouse gas emissions.

Yet, so far, the global cooling challenge has received little policy attention and a negligible portion of global green finance. Investment into energy efficiency has stagnated in the last 6 years, and less than 0.1% of international development support goes to cooling. This is partly because the Montreal Protocol and its amendments - which govern the production of gases widely used in refrigeration and air conditioning – do not include obligations around energy efficiency standards. This prevents businesses from securing loans for energy efficient cooling projects through the Protocol’s financial mechanism.

Investment into energy efficiency projects is also low because financial institutions are risk-averse. Loans for these projects are repaid using expected energy savings, which creates a higher perception of risk for investments. Additionally, energy efficient cooling projects tend to require longer-tenor loans than those for lighting efficiency, for example, which is also perceived as a greater risk to the banks. This risk aversion on the part of the banks has a knock-on effect, as lack of investment from other firms makes energy efficiency projects seem riskier.

However, insurance-based mechanisms may offer a solution. One such mechanism is Energy Savings Insurance (ESI). This protects investments into energy efficiency projects by insuring the energy saving that an appliance is expected to provide for a small to medium enterprise (SME). This model has been taken up by the Inter-American Development Bank (IDB) in partnership with FIRA, the Mexican national development bank for a pilot project in Mexico that targets SMEs in the agricultural sector. Donors of this program include the Clean Technology Fund, Green Carbon Fund and the Danish government, who have each agreed to pay between US$20 and 25 million. The ESI scheme in Latin America aims to bring in investments for energy efficiency between US$10 and 100 billion.

Besides increasing investment into energy efficient cooling, the ESI model also accommodates the complex, multilevel climate governance structure that exists today. Since the creation of the Paris Agreement in 2015, exclusively top-down approaches to combating climate change have given way to a more polycentric system, which includes a multitude of actors at all levels contributing to climate governance. This perspective emphasises the importance of local experimentation and small-scale governance interventions for climate change. The increased opportunity for the formation of trust between actors helps to solve collective action problems, and localised learning aids a project’s flexibility and adaptability.

ESI helps to create trust among the participants by promoting local communication as well as the creation and enforcement of standards throughout the process. Although the pilot program in Mexico is funded by international and national development banks, it is implemented by local, small-scale businesses. The SMEs, technology providers and insurers work together on a local scale, communicating regularly and building trust through norms and rules, which are safeguarded through standard contracts and project validators. Trust is also fostered through the benefits that the program brings to each party. For the SMEs, the main long-term benefit would be the reduced interest rates for energy efficiency loans. If implemented well, ESI can have the additional benefit of helping smaller energy firms that cannot afford to self-insure, as well as improving the maintenance of cooling appliances, which aids in overall energy savings and efficiency goals for the whole country.

ESI also encourages local understanding and learning through the creation of a self-sustaining market. The policy is designed and implemented by the IDB, with rigid standardised contracts and external validators to ensure compliance. However, the ultimate goal of the program is to create a self-sustaining market for energy savings, thus eventually releasing those local actors involved from the top-down structure. By changing how investors perceive the risk of funding energy efficient cooling projects, the program will encourage investment into SMEs, while simultaneously improving the technical capabilities of national development banks like FIRA. The result will be more investment, which will in turn encourage new energy efficiency projects. Increased familiarity with these types of projects will also bring down transaction costs. Once this self- sustaining market is created, the international development banks will no longer be needed, and the local markets can operate on their own. This will allow local actors to innovate and fine-tune governance of the energy-savings market for their own local context.

The IDB’s ESI model is designed in a way that lends itself well to successful multiscalar governance. Despite the supervision of international development banks and national governments, ESI emphasises localised understanding and community-based communication that mimics features of small-scale, decentralised governance. This makes ESI a flexible tool that could also see success in other countries. ESI provides an elegant solution to investment issues by “establishing financial markets for previously unmonetized externalities.” The Asian Development Bank Institute has called the ESI program an “impressively holistic approach to derisking the market.” ESI is now being introduced in the EU and across Latin America with the potential to change the future of energy efficient cooling.

ESI is just one of many creative responses to climate change. In the years to come we will hopefully see many more of its kind as we tackle the immense challenge of adapting to and mitigating against rising global temperatures. 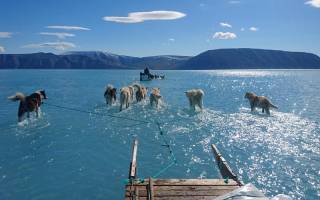 Professor Mark Maslin joins "Global Governance Futures" to discuss what a decisive political response to the climate emergency might look like.