Conflict, Security and New Alliances: What Next for Afghanistan’s Political Transition? 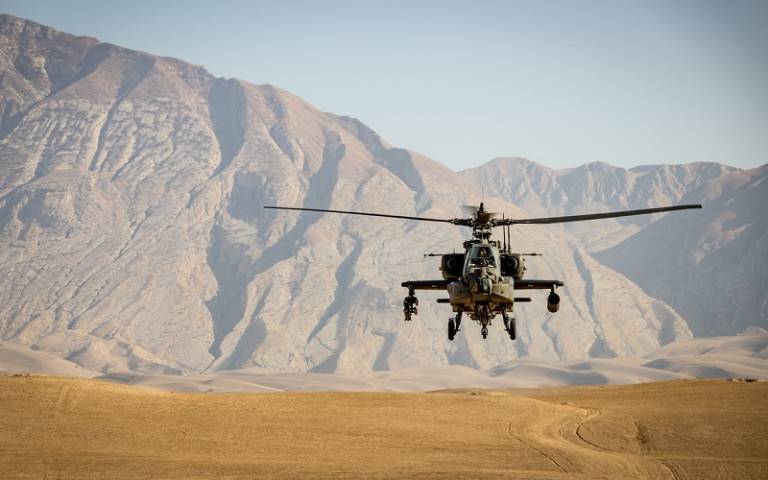 What does the future hold for Afghanistan under the new Taliban regime? Join us on 19 October for a panel discussion with Dr Romain Malejacq, Dr Dipali Mukhopadhyay and Dr Orzala Nemat.

Nearly 20 years after the United States and its allies invaded Afghanistan, the final US troops have departed the country ahead of the 31 August deadline set by US President Joe Biden – leaving the country to Taliban control. The speed of US withdrawal and subsequent collapse of President Ashraf Ghani’s administration was a shock to many, the aftermath of which is only just beginning to become apparent. Observers look on now as the Taliban appear to be consolidating control over Afghanistan, with initial concessions giving way to increasingly violent repression of protests and human rights violations. Should we have been surprised by the sudden collapse of the Afghan central government and National Defence and Security Forces? Does military withdrawal signal a decline in US influence in the region or a transition to a new phase of supporting Afghan allies and coalitions from abroad? How will regional and global geopolitical alliances be redrawn and shape Afghanistan? What will be the legacy of decades-long international occupation on conflict, rights and security in the country? What are the prospects for peace and security in a country ravaged by war and now under the control of the Taliban? This panel will bring together internationally renowned experts to engage in a dialogue and share their thoughts on what comes next for Afghanistan in the aftermath of US withdrawal and shifting strategic dynamics in South Asia and beyond.

This event is co-hosted by the UCL Global Governance Institute and the Conflict and Change Research Group at the Department of Political Science. It will be chaired by Professor Kristin Bakke, Professor in Political Science and International Relations at UCL.

Dr Romain Malejacq is Assistant Professor at Radboud University Nijmegen’s Department of Political Science and Centre for International Conflict Analysis and Management (CICAM), in the Netherlands. He holds a PhD in political science from Northwestern University and Sciences Po Paris. His first book, Warlord Survival: The Delusion of State Building in Afghanistan, came out with Cornell University Press in December 2019 and his new research project, “Commander Politics: Cooperation and Competition in Civil War” was recently awarded a VIDI grant as part of the Dutch Research Council (NWO)’s Talent Programme. His work has been published in journals such as Security Studies, Perspectives on Politics, Civil Wars, Small Wars & Insurgencies, the Canadian Journal of Political Science, and Etudes Internationales, and featured on blogs such as Political Violence at a Glance, The Conversation, and The Washington Post‘s Monkey Cage.

Dr Dipali Mukhopadhyay is an associate professor in the global policy area at the Humphrey School of Public Affairs. Her research focuses on the relationships between political violence, state building, and governance during and after war. She is currently serving as senior expert on the Afghanistan peace process for the U.S. Institute of Peace. She is the author of Good Rebel Governance: Revolutionary Politics and Western Intervention in Syria (Cambridge University Press, forthcoming) with Kimberly Howe, and Warlords, Strongman Governors and State Building in Afghanistan (Cambridge University Press, 2014). Her scholarly publications also include articles in Conflict, Security and Development, International Negotiation, Perspectives on Politics, as well as a series of book chapters in edited volumes. Her policy-oriented writing has been published by the Carnegie Endowment for International Peace, Foreign Policy, Lawfare, the U.S. Institute of Peace, and The Washington Post.

Dr. Orzala Nemat is an internationally known Afghan scholar and think tank leader. She is an expert in political ethnography, holding a PhD in Development Studies from the School of Oriental and African Studies (SOAS) and MSc in Development Planning from University College London (UCL). Dr Nemat emerged as a young leader from her time being a war refugee for over a decade in Pakistan and gained national and international recognition for her principled work on humanitarian assistance, women’s rights and human rights matters. She subsequently undertook research and studies on issues around politics, governance and power relations in war-affected societies. During her professional career of over twenty years, Dr Nemat has founded, led or worked with various grassroots, national and international organisations. She served on various development organizations’ governance boards and attended numerous international and national conferences representing voices from Afghanistan and Afghan women. Dr. Nemat is currently chairing the Open Society Foundation's Afghanistan Advisory board and serves on Afghanaid, a British Charity working in Afghanistan as a trustee. Dr Nemat was selected as a Young Global Leader at the World Forum in 2009, Yale Greenberg World Fellows in 2008 and is a recipient of the Isabel Ferror Award for Women’s Education and the Amnesty International Award for Humanitarian Aid to Children and Women in the year 2000.