Research into the History of the Low Countries - including the Netherlands, Belgium, and Luxembourg - is pursued at UCL by:

Professor of Dutch History, who has published widely on the religious history of the Low Countries and of early modern Europe generally in the 16th-18th centuries. He works especially on issues of religious conflict and toleration, and has recently been awarded a Leverhulme Research Fellowship a project: project 'Cunegonde's Kidnapping: Religious Encounters in an Early Modern Borderland.  He has also been awarded a Fellowship by the Guggenheim Foundation.

A Senior Lecturer in history of art, who specialises in 17th century Dutch painting.

A Lecturer in modern Low Countries history and society,  who specialises in the history of Belgium in the early twentieth century, and cultural relations between Germany and the Low Countries in the modern era.

Jane Fenoulhet works both in literary and cultural history. Research interests include Women's writing, Literary history, Disciplinary history. Currently she is researching the life and work of the Dutch writer Cees Nooteboom. She is also interested in the effects of mobilities on language learners.

Professor of Dutch and Comparative Literature, Theo Hermans works in translation studies and in modern and Renaissance Dutch literature.

Lecturer in Dutch and Comparative Literature, Hans Demeyer joined the department in September 2016. 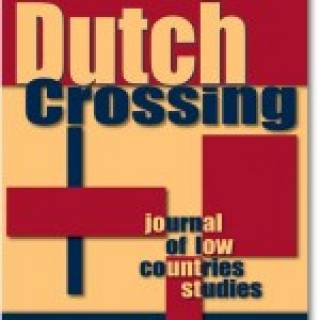 UCL is the editorial home of Dutch Crossing, the longest-running interdisciplinary peer-reviewed journal of Low Countries Studies in the English language.

Published since 1977, Dutch Crossing is devoted to all aspects of Low Countries Studies: history and art history of the Low Countries, Dutch and Flemish (and occasionally Afrikaans) literary and cultural studies, linguistics of Dutch and Dutch as a foreign language, and intercultural and transnational studies.