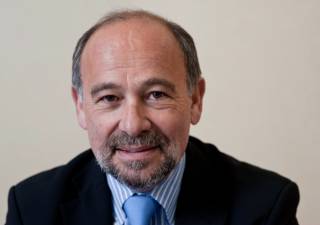 Paul Wallace is emeritus David Cohen Professor of Primary Health Care at UCL. He is the National Primary Care Director for the NIHR Clinical Research Networks and worked as a general medical practitioner in the Hampstead Group Practice for 20 years until his retirement from clinical practice in 2012.

Paul was awarded an MRC epidemiology training fellowship shortly after completing his specialist training in general practice in 1982, subsequently following a career in academic general practice, first at the MRC Epidemiology and Medical Care Unit at Northwick Park, then at Imperial College and finally at UCL, where he was appointed to the David Cohen Chair of Primary Care in 1993. He was Head of the Department of Primary Care and Population Sciences from 1994 until 2001.

Paul's research is primarily focussed on the identification and management of patients with risky drinking patterns. He was chief investigator on the early Medical Research Council pioneering studies on the detection and management of patients with excessive alcohol consumption in general practice. This work paved the way for a series of major international trials which established the key role of screening and brief intervention for alcohol problems. He subsequently played an active role on the Executive Committee of Alcohol Concern and on the Research Committee of the Alcohol Education and Research Council. He has sat on a number of Working Parties of the Royal College of Physicians, Royal College of Psychiatrists and Royal College of General Practitioners, including the Working Party on Alcohol and Cardiovascular Disease chaired by Professor Sir Michael Marmot, and on Alcohol and the Young.

His interest in eHealth started soon after he joined UCL in 1993, when he established a research group to investigate the potential to use videoconferencing technologies to improve the quality of interaction between physicians seeing patients in primary and secondary health care settings. He was subsequently the chief investigator on a large scale multi-centre randomised controlled trial of Virtual Outreach in urban and rural settings. Working with Elizabeth Murray, Stuart Linke and other members of the UCL eHealth Unit, he subsequently went on to explore the potential to apply internet-based digital technologies to deliver interventions to people with alcohol problems. This work led to the development of the Down Your Drink website (www.DownYourDrink.org.uk ) and subsequently to a large scale on-line randomised controlled trial of which he was the chief investigator. Paul's most recent work has concentrated on the potential for digitally mediated alcohol interventions to be used in primary care settings and he currently leads an international programme of research into the effectiveness of GP facilitation of digitally mediated screening and brief interventions for alcohol problems.

Paul chairs the Strategic Leadership Group of the Safe Sociable London Partnership initiative on the London-wide implementation of identification and brief advice for alcohol across settings in health, social care and criminal justice and is Chief Medical Advisor to the alcohol awareness charity, Drinkaware.

Throughout his career, Paul has been involved with the development of research networks in primary care, both in the UK and internationally. While still a research fellow, he chaired the North West London RCGP Faculty Research Committee, and later established the North Central Thames Primary Care Research Network (NoCTeN). He subsequently became the Research Director of the North Central London Research Consortium (NoCLoR) and was appointed Director of the NIHR Primary Care Research Network in 2006.