As part of this 'Dragon’s Den' style event, entrepreneurs from UCL, King’s College London and Imperial College London will be pitching their innovative startups. 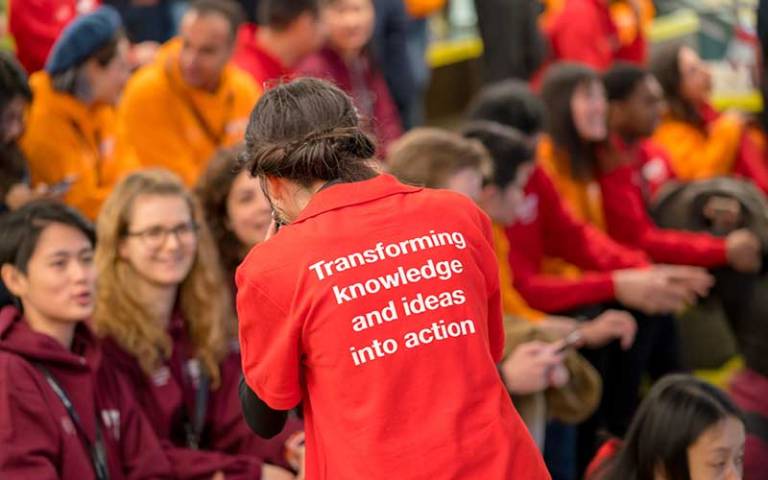 Each university will nominate five student startups currently in the early growth stage, from their own entrepreneurship hubs. These include UCL’s Hatchery at BaseKX, King’s20 Accelerator and Imperial Enterprise Lab.

The startups will pitch to a group of international angels and investors in the hope of raising between £100,000 and £1 million plus each. The ventures being promoted cover a range of sectors from HRTech to EdTech, Hardware and Social Impact.

In the past five years over 550 startups have been founded at UCL, King’s College London and Imperial College London, attracting an impressive £387 million of external investment.

The Hatchery is a dedicated startup space within BaseKX, UCL’s entrepreneurship hub in King’s Cross. It hosts a community of the university’s most promising startups, providing free, tailored support and office space.

Professor David Price, UCL Vice-Provost (Research, Innovation & Global Engagement), said: “UCL is delighted to be hosting this year’s London Demo Day where the top early-stage startups from three of London’s leading universities look to make an impact on the world. This dynamic event importantly connects people with amazing ideas to the investment community. It also celebrates the role that universities play in generating startups, developing entrepreneurism and supporting the successful translation of knowledge and ideas to improve society and the economy. I congratulate the 15 startups from across UCL, King’s College London and Imperial College London that will be showcased at the event and wish them every success for the future.”

Read the full story on the UCL News website.