In 1885, the first Department of Electrical Technology - a few years later to be called Electrical Engineering - in England was formed at UCL with Dr J A Fleming as its first Professor. At that time the department was equipped with little more than a blackboard and chalk! In 1893, with a donation of £800 Fleming furnished his first full laboratory in the South Wing of the Quadrangle. This was further enhanced by £400pa from the London County Council on the proviso that Fleming gave public lectures during the winter terms.

Major growth in the department’s facilities was enabled in 1897 when the Pender Memorial Committee donated £5,000 of the £6,277 collected to the electrical engineering laboratories. In honour of this contribution the college inaugurated the Pender Chair and founded the Pender Laboratory. This allowed more staff to be appointed to the department including W.C. Clinton and J.T. Morris. In 1899, Fleming became scientific advisor to the Marconi Company and during the next few years made his most notable contributions. These included his design of the Poldhu transmitter station and the invention of the Thermionic Valve. The Thermionic valve was the first Electron Tube device and signified the birth of electronic devices. This device, patented on Nov 16th, 1904 was the first electronic rectifier of radio waves, and enable the widespread introduction of commercial radio services. The original Thermionic valve is a two-element rectifier based on the "Edison effect" which Fleming had worked on some years earlier. Sir Fleming also gave public lectures on a broad range of topics, which were massively popular and attended by captivated audience. Fleming’s considerable achievements are reflected in the numerous awards he received such as the Duddell Medal of the Physical Society and his knighthood in 1929. 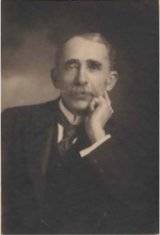 During the First World War the resources of the department were placed at the disposal of the Admiralty for research to aid the anti-submarine campaign. The Department grew steadily and in 1927, on Fleming’s retirement, W.C. Clinton succeeded him as Head of Department and Pender Professor and, following Fleming’s commitment to teaching, introduced the BSc(Eng) degree.

When Clinton was overtaken by ill-health and died in 1934, R.O. Kapp joined the Department as its new head. A strongly intellectual man with strength in power engineering, Kapp oversaw the building of a strong postgraduate research programme. The outbreak of war saw the Engineering Faculty evacuated to University College, Swansea and Barlow, who had joined the Department a few years before Fleming’s retirement, was recruited to develop radar stations at RAE Farnborough.

Significant bomb damage to UCL affected the Department greatly and on Barlow’s return as Professor of Electrical Engineering, bringing with him H.G Effemey from Farnborough, a programme was put in place to rebuild the damaged laboratories. Succeeding Kapp in 1950, Barlow built a strong research team alongside a transformer theory group led by Prof Brailsford. During this time Barlow and his assistant A. L. Cullen conducted ground breaking research on microwave waveguides, including the development of the circular H10 waveguide. Barlow supervised a PhD student called Charles Kao who completed his PhD in 1965 for a thesis titled ‘Waveguides for millimetric and submillimetric electromagnetic waves'. Charles later became known as the ‘Father of Fibre Optics’ and was awarded the Nobel Laureate for Physics in 2009 in recognition of his ground-breaking achievements concerning the transmission of light in fibres for optical communication.

In the early 1960s, an appeal for funds saw a major growth in the Department with the opening in 1962 of the New Engineering Building on Torrington Place, with the Electrical Engineering Department occupying floors 6 to 10

This allowed an increase in the number of undergraduates and the founding of an MSc Microwave Engineering course. Returning from 12 years in a Chair at Sheffield, Cullen became head in 1967 and at the same time E A Ash, who had joined the department 4 years earlier was elevated to a chair. Shortly afterwards, in 1971, D.E.N. Davies, who had been Assistant Director of Research at British Rail joined to increase the ranks of the Department to 3 Professors and 16 academic staff. In 1968 the Department changed its name to ‘Electronic and Electrical Engineering’ to reflect the diversity of the department.

The excellent record of the Department in microwave research was recognised in 1969 with an award from the Science Research Council (SRC) to set up the Microwave Research Unit (MRU) consisting of 3 research groups. In 1980 Cullen retired, having been offered a SRC Senior Research Fellowship. Under his successor Prof Ash the growth of the department continued with the introduction of research in the newly emerging fields of Bioelectronics and Integrated Circuit Design, as well as the study of optical fibres when J E Midwinter joined the Department from British Telecom laboratories.

In 1985, as Ash left to become Rector of Imperial College, D.E.N. Davies became Head of Department, followed three years later by J.E. Midwinter who was to steer the Department through the new Research Assessment Exercise in 1992 to a achieve the top grading of 5A. In 1995 J.J. O’Reilly joined the Department and succeeded Midwinter in 1997.

In 2000 a major refurbishment of a number of facilities within the Department was undertaken with the aid of a £2.4m JIF grant. This included new research offices in 66-72 Gower St, refurbished offices in the main building and a state of the art ultra-high frequency research laboratory. In 2001 the new UCL-Adastral Park was opened, a joint research centre with the Department of Computer Science. This development, sited within the Adastral Park research park in Ipswich (former called BT labs), was widely cited as the first example of a university being invited to take a key role in an industrial research environment.

Professor Seeds was Head for the next decade. Under his leadership, the department made significant advances, growing numerically from 26 to 45 academic staff with student numbers and RA numbers growing significantly. In addition, the department’s turnover more than doubled and the department has now become one of the top 4 Departments in the UK.

Following a very successful 10 years of leadership by Professor Seeds, the department welcomed Professor Sarah Spurgeon to the role on 1st September 2016. Sarah Spurgeon OBE, FREng, FInstMC, FIET, FIMA is Professor of Control Engineering and President of the Institute of Measurement and Control in the UK. Sarah Spurgeon's research interests are in the area of systems modelling and analysis, robust control and estimation in which areas she has published over 270 refereed research papers. Within the UK she is an independent member of the Defence Scientific Advisory Council (DSAC) which provides independent advice to the Secretary of State for Defence on science, technology, engineering, analysis and mathematics matters and is also a Board Member of EngineeringUK. You can follow Professor Spurgeon on Twitter: @SarahKSpurgeon

Recent years have seen some major advances in the Department in tandem with the growth of the Faculty of Engineering to include the Department of Computer Science and Medical Physics as the Faculty of Engineering Sciences. Groundbreaking research in the area of nanotechnology in which members of the department are involved has led to the creation of the London Centre for Nanotechnology, a collaboration with a number of departments at UCL and Imperial College, and sited at UCL.